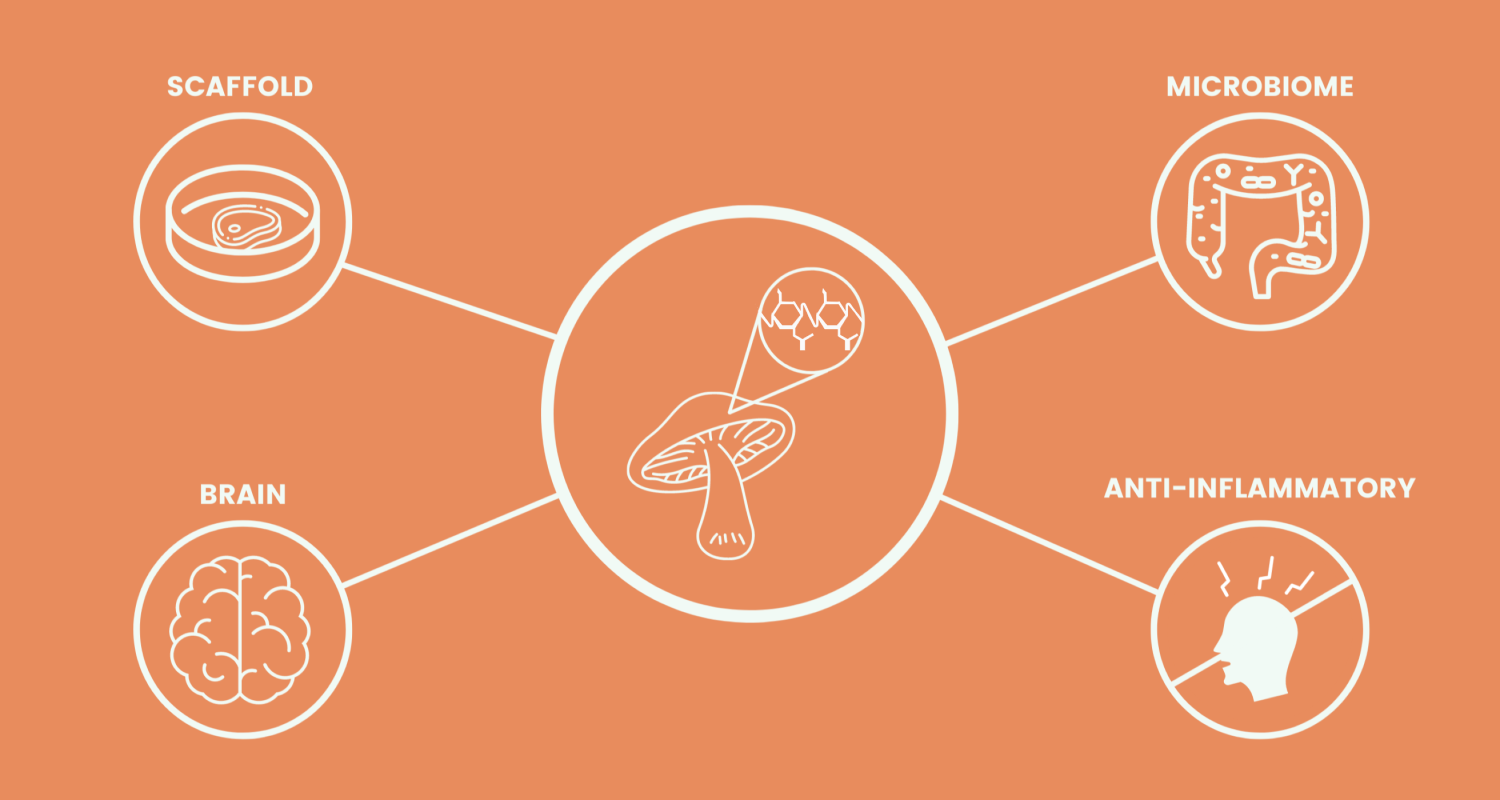 Cell-cultured meat — meat grown directly from animal cells rather than harvested from slaughtered livestock — although still in its technological infancy, is attracting increasing attention in both popular culture and the scientific community. Driven by sustainability issues associated with conventional meat production, scientists are now beginning to tackle some of the key obstacles to bringing such products out of the lab and into commercial manufacturing facilities. That means overcoming technical and engineering challenges related to cost, product quality, and scalability. After all, no matter how sustainable such foods are, consumers aren’t likely to bite unless they’re also cheap enough, good enough, and widely available. But besides their potential to solve some of the world’s most pressing sustainability problems, slaughter-free meats also offer another key advantage — they can actually be customized to provide improved nutritional and biological functions unavailable in animal-based meats. Fortunately, in the effort to address these challenges and opportunities, there remain some unexploited materials and techniques that may be able to kill two birds with one stone — or as some industry advocates may prefer to say, feed two birds with one seed.

One significant hurdle on the path toward achieving consumer acceptance of cellular agriculture technologies and products is the difficulty in producing whole cuts of meat and seafood, such as steaks and fillets. To form these three-dimensional structures — as opposed to unstructured products like ground meat for burgers — millions of cells must fuse together in a process that requires both physical support and the correct environmental stimuli. The latter include the numerous conditions and factors inside the bioreactors where cell-cultured meats are produced, such as temperature, pH, and the various nutrients that cells need to grow. Physical support, meanwhile, refers to the “scaffold” that cells like to attach to, which aids in their growth and helps create the desired structure and texture for the final products. In the body, or in vivo, this scaffold is provided by ligaments, cartilage, bones, and connective tissues. Outside of the body, or in vitro, as in the case of cell culture, it must be provided by appropriate scaffold materials.

What a scaffold needs to do

In tissue engineering for medical applications, the biochemical and physical properties of native tissues found in the body can be replicated to form mature, functional tissues, such as skin, muscle, and organs, outside of the body. Specifically, in the case of muscle tissue, a diverse assortment of cells can be integrated in a co-culture system (a system containing multiple cell types) on a three-dimensional scaffold to generate muscle fibers, blood vessels, and a dense extracellular matrix — a network of cells surrounded by supporting biomolecules, minerals, enzymes, and other proteins. This environment enables the cells to form higher structures through the connectivity of the extracellular matrix, which anchors the cells and provides crucial biochemical cues that dictate cellular differentiation and instigate cellular proliferation.

The close relevance of these concepts and techniques to the needs of cell-cultured meat production has made tissue engineering one of the foundational disciplines of cellular agriculture. But despite the similarities, growing meat for human consumption is also a very different animal, so to speak. For instance, lab-grown tissues for medical applications were never developed with mass production in mind. On the contrary, they are often prepared on a small-scale, case-by-case basis according to specific patient or research needs. Their scaffold materials were also never intended to be eaten, provide a meat-like structure, or be used in food applications. Scaffolds for cell-cultured meats, on the other hand, need to meet these basic requirements — they must be inexpensive, edible, and amenable to functionalization.

Given these criteria, collagen and other animal-derived polymers are often considered the gold standard for scaffold materials, where they mimic their natural role during the growth of the animal. However, a dependence on animal-derived ingredients would defeat one of the main purposes of cellular agriculture — replacing animals in the food system with more sustainable technologies. This has led researchers to focus on finding animal-free scaffold materials for producing cell-cultured meat.

One popular and emerging material in tissue engineering research is chitin, a naturally occurring and abundant polymer found in the cell walls of fungi and the exoskeletons of many insects and crustaceans. Chitin ticks several boxes as a potential scaffold material for cell-cultured meat — it’s functional, nontoxic, biodegradable, and inexpensive. Through certain biological or chemical processes, chitin can also be converted into chitosan, a water-soluble derivative with some important physical, biological, and chemical differences. Chitosan, for instance, can be fine-tuned and functionalized to attain the desired properties for cellular scaffolds, such as the ability to promote cellular adhesion and proliferation. A wealth of research also already exists describing the use of chitosan in a diverse array of biomedical applications. Because of their high biocompatibility, chitosan-based materials have been employed in drug delivery systems, wound healing, and scaffolds for tissue regeneration.

The successful track record of chitin and chitosan in science and medicine paves a path toward their application in food technologies. For cellular agriculture, specifically, chitosan scaffolds can be prepared in various forms to promote muscle cell attachment and myogenesis — the process through which particular types of muscle cells attach to one another and the surrounding environment to form larger segments of muscle tissue. This functionality is essential for creating structured meat products that accurately resemble their animal-based counterparts. Chitosan has also been successfully blended with other polymers to further enhance its mechanical properties and better mimic native tissue, while recent research has even demonstrated the ability of chitosan sponges to support muscle cell growth and differentiation for cultured meat applications.

However, chitosan-based scaffolds are not without their drawbacks. Although growing cells on biomaterials such as chitosan is possible, their performance is often limited by a lack of the recognition motifs (specific sequences of amino acids) needed to support cellular migration — the ability of cells to not only grow but also move around as needed during the various stages of growth to form mature and healthy muscle tissues. As such, additional strategies are needed, such as crosslinking and genetic engineering, to functionalize these scaffolds specifically for the production of cell-cultured meat. Nevertheless, these steps may be a small price to pay considering the advantages such materials offer.

Value as a food

Chitosan has been approved as a food additive by the U.S. Food and Drug Administration and is reported to provide numerous health benefits, including the promotion of beneficial bacterial growth in the intestinal microbiome — the collection of trillions of microorganisms residing in the gastrointestinal tract. Such bacteria are essential for the digestion of food, including the breakdown of complex carbohydrates, and thus have the ability to influence metabolic functions, which plays an important and increasingly recognized role in overall health and nutrition. The human intestinal microbiome comprises over 1,000 different species of bacteria that can be either helpful or harmful to human health depending on their overall numbers and relative proportions.

Although much remains unclear about which specific combinations of microbes define a “healthy” microbiome, it’s widely accepted that dietary factors can alter this sensitive equilibrium, shifting the balance of key microbe populations and potentially inducing or improving certain disease states. Specifically, it is now known that the improper colonization of certain harmful microbes can lead to the overproduction of proinflammatory proteins called cytokines, resulting in chronic gastrointestinal inflammation, which has been linked to several diseases such as irritable bowel syndrome, Crohn’s disease, and diabetes. On the other hand, dietary fiber intake has been shown to contribute to gastrointestinal health by providing substrates for the growth of beneficial microbes, limiting the activity of harmful ones, and increasing the diversity of fecal microbes, a common indicator of a healthy gut microbiome.

Besides being excellent sources of fiber, chitin and chitosan have also been found to specifically inhibit the growth of pathogenic microorganisms such as Salmonella typhimurium, enteropathogenic Escherichia coli, and Vibrio cholerae, while favoring the growth of beneficial species such as Bifidobacterium and Lactobacillus — those often found in traditionally fermented foods. Because chitin promotes the colonization of beneficial bacteria, it has been linked to improvements in gut barrier function and the reduction of gastrointestinal inflammation.

In addition to their benefits for the intestinal microbiome, chitin and its derivatives have also been associated with improvements in other health disorders. A growing body of evidence suggests that chitin and chitosan can increase antioxidant activity by scavenging free radicals, reduce cholesterol, and accelerate wound healing. Emerging data further indicate that chitosan and its derivatives may exhibit potent neuroprotective effects through the suppression of amyloid-β formation, neuroinflammation, and neuronal cell death, with potential applications in conditions such as Alzheimer’s disease.

A new kind of meat

The promising results obtained for chitin and its derivatives in tissue engineering and other biomedical applications indicate a potentially bright future for these materials in cellular agriculture as well. Their animal-free nature, natural abundance, lack of toxicity, and ability to promote cell growth and differentiation make them ideal candidates for further research efforts in cell-cultured meat. But their numerous benefits as health-promoting ingredients also demonstrate one of the most exciting and underreported potential applications of cellular agriculture technologies — the possibility of creating entirely new kinds of meat with unique nutritional and biological functions. Other research in this vein has even demonstrated that bovine cells can be coaxed into producing β-carotene, a provitamin typically found in plant foods such as carrots and tomatoes. As such, cell-cultured meats grown on chitin- or chitosan-based scaffolds have the potential to simultaneously accomplish two key objectives — solving one of the key challenges hindering the scalability of these products, while improving their nutritional and health-promoting value.

Catherine Lammert is a postdoctoral associate at Northwestern Feinberg where she is studying neuro-immune interactions in Alzheimer’s Disease, and a summer associate at frontier biotech consulting firm Helikon Consulting.