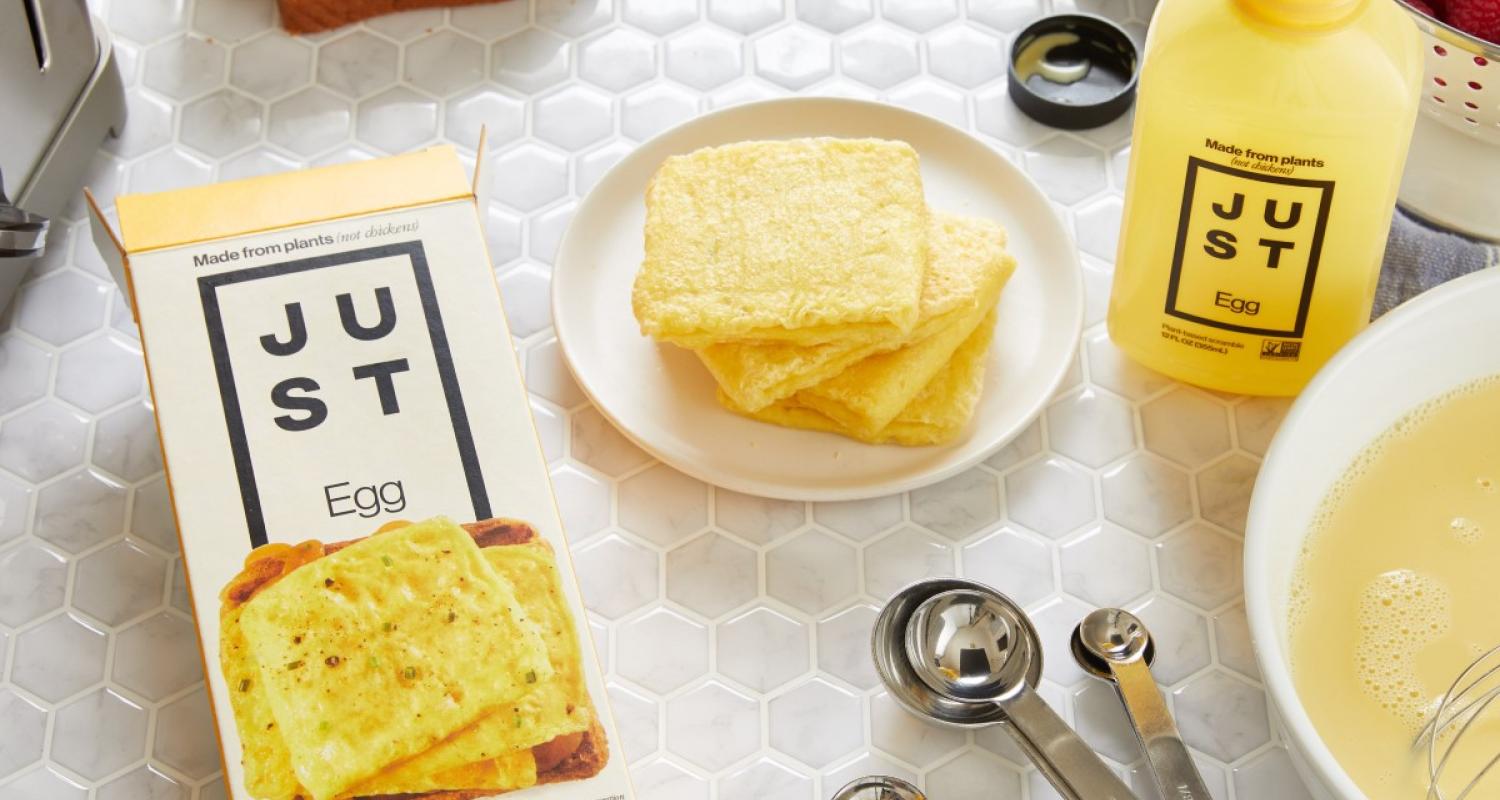 SAN FRANCISCO (September 2, 2020) – Eat Just, Inc., a company that applies cutting-edge science and technology to create healthier, more sustainable foods, today announced the largest expansion yet for its award-winning plant-based egg. By the end of the month, JUST Egg will be available at more than 17,000 points of retail distribution in the United States, a 40% increase and a testament to the breakout success of the pioneering product that launched nationwide last year.

Walmart will add the original 12-ounce pourable JUST Egg – perfect for scrambles, omelets, quiches, stir-fries and a variety of baking applications – to more than 1,900 stores coast-to-coast after it became a strong seller at hundreds of regional locations. About 900 Food Lion stores in the Mid-Atlantic and Southeastern U.S. and 170 Giant stores in Delaware, Maryland, Pennsylvania, Virginia and Washington, D.C. are also adding the product to their shelves.

More than 1,000 Kroger and Kroger-owned stores like Ralphs, Fred Meyer, QFC, Fry's and Mariano's will bring the recently launched folded JUST Egg to their freezer sections. Ideal on toast or inside breakfast sandwiches, folded JUST Egg will also arrive at 1,000 Albertsons and Safeway stores in Arizona, California, Colorado and Washington; Jewel-Osco stores in the Greater Chicago area; Randalls and Tom Thumb in Texas; and 160 Acme stores in Connecticut, Delaware, Maryland, New Jersey, New York and Pennsylvania.

Original JUST Egg is the fifth best-selling egg out of 88 SKUs at a leading national retailer, and its growth has surpassed numerous mainstream plant-based products in popular categories like meat and milk in conventional grocery. Folded JUST Egg is the #1 frozen breakfast item at a top-five retailer – likely the first time ever that a plant-based protein has achieved #1 in category status in a major grocery store. Folded JUST Egg is also the #1 frozen breakfast item in the natural channel according to SPINS, the leading provider of data and insights for natural, organic and specialty products.

"Bringing JUST Egg to thousands of additional cities and towns across America is a proud moment for our team. Knowing its now available at the grocery store just a few miles from where I grew up in Birmingham, Alabama is particularly exciting for me. Our products are quickly becoming part of the breakfast ritual for families across the country and we look forward to sharing JUST Egg with millions more in the months and years ahead,” said Josh Tetrick, co-founder and CEO of Eat Just.

JUST Egg retail sales have skyrocketed in the past six months with consumers eating at home more frequently and opting to add healthier and more sustainable plant-based products to their diets. Overall JUST Egg MULO (multi-outlet) unit sales were up 102% February to July. Unit sales are up 102% at a leading grocery chain; up 105% at a leading mass retailer; and up 253% at a leading natural retailer. Case shipments to retail customers in July increased 170% over February and shipments since July are up 330% versus the same time last year.

"We are very grateful to all of our customers for their support of both original JUST Egg and folded JUST Egg. I'm excited to see how quickly we’ve gained distribution and look forward to continuing to build on this success together," said Matt Riley, Senior Vice President for Global Partnerships at Eat Just.

Earlier this week, Eat Just shared the results of a survey of 2,000 Americans conducted by market research firm OnePoll that found more consumers are going plant-based for breakfast versus other meals and more than half look for high protein and low sugar options when making breakfast choices. Six in 10 said they liked the plant-based version of a food product better than its animal-based counterpart and more than half said they believe eggs made from plants are healthier than eggs made by chickens.

The egg set is the fastest growing plant-based category by far – outpacing milk, meat, cheese, yogurt and other products. Dollar sales of plant-based eggs grew 192% in the past year and 228% over the past two years, according to the Good Food Institute, and Eat Just owns about 99% of the category.