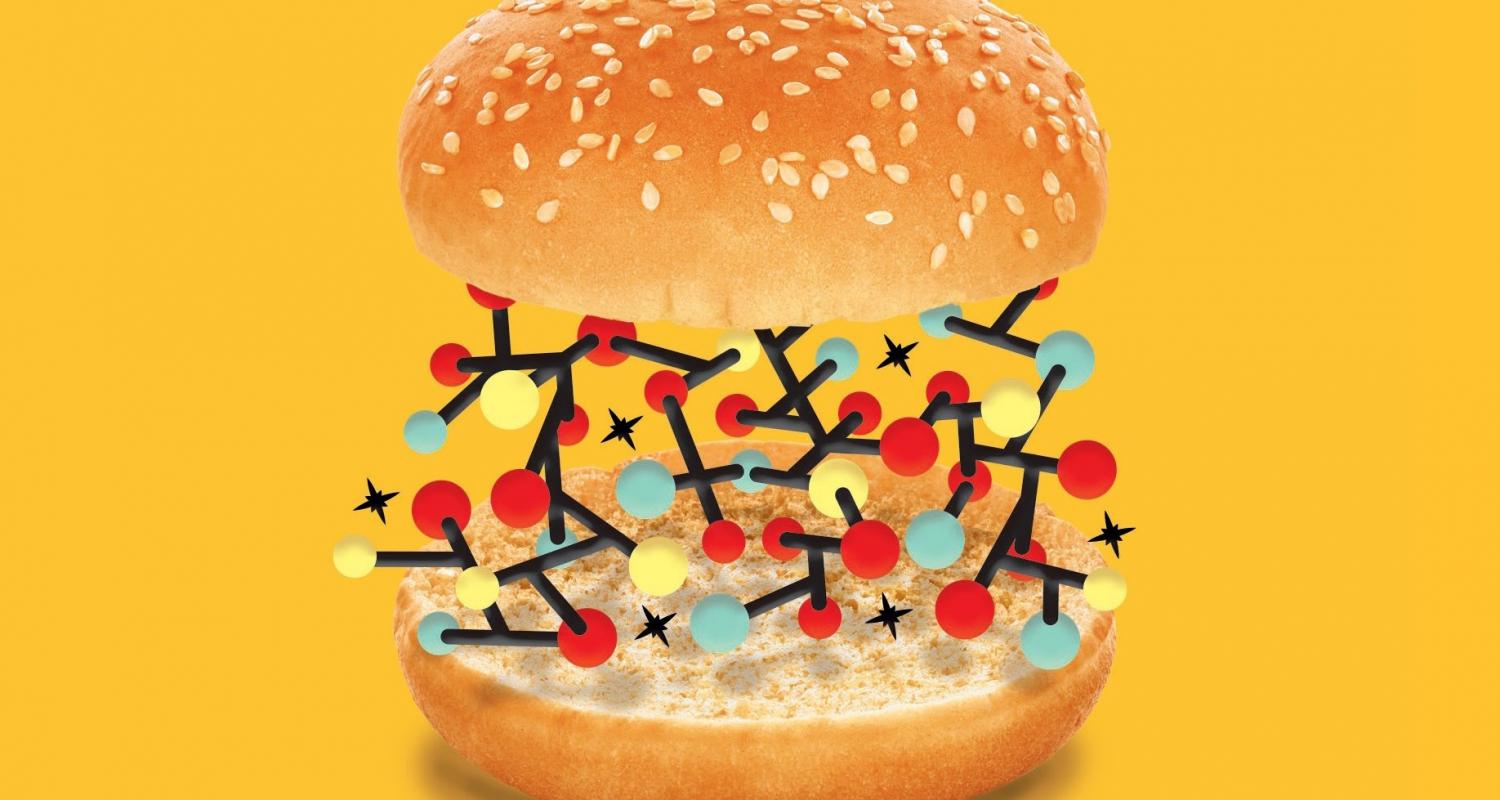 On December 29, 2017, just two days before New Year’s Eve, Josh Tetrick, the CEO of JUST, and his golden retriever, Elie, boarded a nonstop KLM Royal Dutch Airlines flight in San Francisco that would take him halfway around the world to Amsterdam, where he hoped to make the first commercial sale of cell-cultured meat.

The journey had monumental potential. For several weeks prior, he and a small team at JUST had toiled over every minute detail of the trip, an intense effort to maximize the chances this rarefied mission would be clocked as a success. They researched shipping rules and times and even designed a nutrition facts panel for the box in an attempt to be overtly transparent about what was inside.

There was just one complication. To Tetrick’s knowledge, no one had ever shipped cell-cultured meat across the world and into a totally separate consumer marketplace. Just how a package of cell-cultured meat would get through customs—if at all—remained a mystery. But it was imperative that it did. Tetrick was operating against a tight deadline.

On January 1, 2018, the European Union would implement an update to its 1997 novel foods legislation that would expand the definition of nontraditional foods to include products “originating from plants, animals, microorganisms, cell cultures, minerals, etc.” as well as those that were made using new and innovative production processes. Under these rules, a company such as JUST would have to fill out a formal application and submit to the government a request to have its cell-cultured duck chorizo considered, tested, and approved to be listed as a novel food. That update to the EU’s food policy was all fine, in Tetrick’s estimation. The issue was that the process would likely take up to two years for bureaucrats to complete once the company submitted an application. With that in mind, Tetrick wanted to make an effort to sell his product into the market before the new law took effect. If his cultured meat was sold before the new regulatory regime, he felt there would be a legal basis for the argument that JUST’s cell-cultured meat could be grandfathered into the food system. He’d still have to apply to sell a novel food, but as he understood it his cell-cultured product could be sold and consumed while the application was being processed. It was a long shot, but he was optimistic about his chances.

There are material aspects to making cell-cultured meat a reality—nailing the science, raising capital, pitching products to retailers and restaurants—and then there are more amorphous elements: building a good story around the technology.

For Tetrick, launching JUST’s cell-cultured meat in the Netherlands was a narrative gold mine. It was the birthplace of the concept, the nation has a history of progressive climate policies, and he owned Willem van Eelen’s patents.

He had roughly forty-eight hours to make that story work. The clock was ticking.

He arrived in the Netherlands at the end of a ten-and-a-half-hour trip that left him standing in Amsterdam’s Schiphol Airport arrivals hall, waiting for his package to spit off the airliner and down a cargo carousel. Minutes passed—long, excruciating minutes. He waited. And waited. Once Tetrick realized he was the last person standing at the carousel, he dashed to a nearby customer service counter. Nightmare scenarios played out in his head, not least of all the possibility that two pounds of priceless cell-cultured meat had been plucked from the arriving cargo by a team of skeptical customs personnel.

As the minutes ticked by, Tetrick nervously prepared himself for a showdown with Dutch customs officials.

An airline representative checked one of the company systems on a computer.

Another representative checked a separate system, scrolling through lists of package identification information. A minute passed. Then another long minute.

How many systems can they possibly have? Tetrick wondered.

One of the agents looked up.

“Well, it looks like it didn’t get off the ground in San Francisco,” he said.

It never left the United States. It was, in fact, still sitting more than 5,400 miles away, thanks to the airline’s own shipping error.

On one hand this was good news—the meat hadn’t disappeared into a Boschian customs nightmare. But the time line now felt impossible. Was there even a shred of a chance it could be shipped around the world in time to meet Tetrick’s January 1 deadline?

He pleaded with apologetic KLM representatives, who assured him the package had been located and would be on a flight to the Netherlands as soon as possible. In the meantime, he’d just have to wait. By then it was late afternoon on December 29. The package had approximately thirty-six hours to get from the United States to the Netherlands, through customs, and into his hands—all during the busy holiday season—if he hoped to make a sale before the new food law went into effect.

Tetrick had planned to stay with Ira van Eelen on her spacious houseboat. When the two met, their anxiety dampened any excitement about their shared, potentially historic moment. Both their fates were dependent on an international airline.

When he woke up the next morning, Ira was already up and preparing breakfast for her guest. She stood over a stove, sizzling up sausages and bacon from a local vegan butcher shop. The pair ate their meal in relative silence, munching on vegan “meat” while waiting for a delivery of higher-tech vegan meat.

Then there was a knock at the door.

A courier handed over a box. The box. KLM hand-delivered the package, fresh off an overnight flight from San Francisco. And just like that, Tetrick had a little more than fifteen hours to make the historic sale. The box contained one package of ground duck chorizo and a single duck sausage link.

With the meat in hand, Tetrick and Ira piled into her van and drove north of Amsterdam and into Zaandam, a city along the North Sea canal and a major Dutch industrial hub. They were en route to a restaurant owned, in part, by a man named Paul Riteco.

Today Dutch tourism agencies market Zaandam as a place to see life in the Netherlands as it used to be. With its well-preserved wooden homes and, of course, the windmills, it’s a spot that draws tourists by the thousands every year. For that reason, Ira and Tetrick had envisioned it as the ideal location to introduce cell-cultured meat to the world—a convergence of old and new before the eyes of inquisitive global visitors.

“Millions and millions of tourists come here and we want to feed them JUST meat,” Ira told me.

Tetrick made the sale on December 31. Riteco bought a little more than a pound at the very-discounted price of $11 per pound. Riteco’s young daughter was present at the sale, hovering over the table next to her father, who’d brought her along in hopes of giving her a rare glimpse into what he hoped would be a big part of her future. Tetrick said he also intended to set up a miniature production facility so that the restaurant might produce its own meat to feed consumers.

A tiny amount of meat was also sold to the NEMO Science Museum in Amsterdam, which was planning an exhibit around the concept. In video footage of the sale, Tetrick is sandwiched between Ira and the director of NEMO. To his left, Ira is quiet, rosy, and stifling tears. Tetrick notices, and asks her what her father would think if he were there to see it. She rocks back and forth and smiles, seemingly unable to get a word out.

“Yes. Yes,” she replies in a near whisper, this time unable to withhold her emotions.

For that moment, Tetrick had made history. On his return flight home, he basked in the glow of sidling up to the edge of history and taking a step forward into the unknown.

But what he didn’t know was that his victory would be extremely short-lived. The regulatory landscape in the EU is as fickle as—if not more so than—that in the United States.

From BILLION DOLLAR BURGER: Inside Big Tech’s Race for the Future of Food by Chase Purdy, with permission from Portfolio, an imprint of Penguin Publishing Group, a division of Penguin Random House LLC. Copyright © 2020 by Chase Purdy