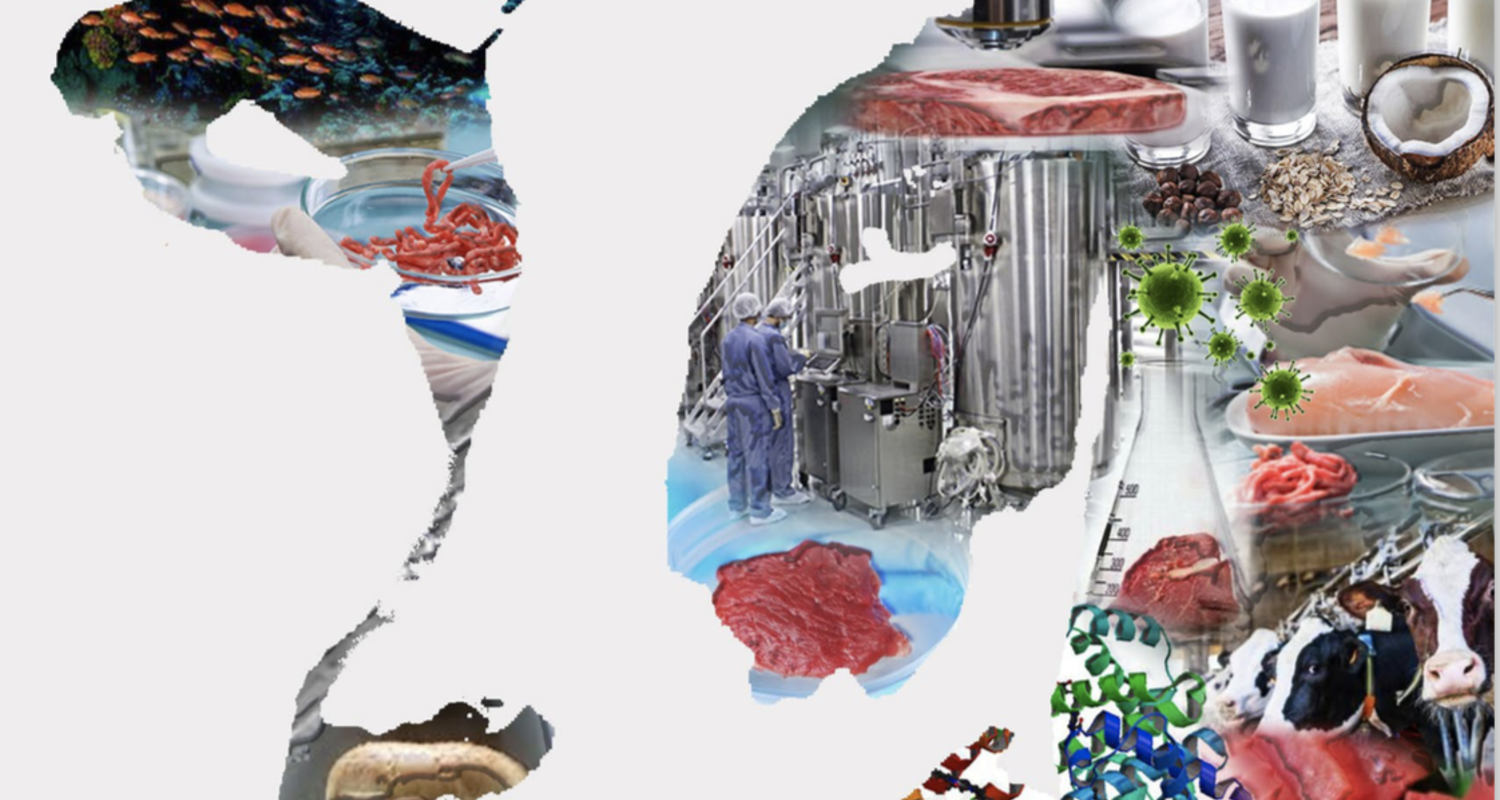 This is an excerpt from Moo’s Law: An Investor’s Guide to the New Agrarian Revolution, the latest book by investor and entrepreneur Jim Mellon. The book is available via Harriman House and Amazon. For further information, visit mooslawbook.com.

The confluence of the coronavirus pandemic of 2020, the rapid development of new food technologies and the rising global demand for protein mean that we are on the cusp of a huge and profitable investment wave into new forms of agriculture. The greatest beneficiaries of this investment wave will be cultured and plant-based foods.

The worldwide plant-based meat market, excluding dairy substitutes and other plant-based foods (such as tofu), is currently estimated to be worth about US $12 billion, with sales likely to reach US $28 billion by 2025. In the USA alone, the plant-based food market rose 29 per cent from US $3.9 billion to US $5 billion, between 2017 and 2019 with the plant-based meat market increasing from US $682 million to US $939 million. When considering that these figures do not include future cultured meat sales, which I expect to be underway in some smaller protein categories and geographies by then, the industry’s cumulative potential over the next decade will be substantially higher than these projections.

At current consumption rates, and at current population growth projections, it is estimated that by 2050 the production of meat around the world will double, to over 500 billion kilograms per year. The world cannot sustain this level of production, when considering the scarce resources of land and water and the overuse of pesticides, fertilisers and antibiotics that such a level would necessitate. Nor can the planet afford an increase in greenhouse gas emissions, further deforestation, and the continual devastating loss of biodiversity.

When viewed against this backdrop, the production of alternative protein such as plant-based formulations and cell-based meat, as well as animal-free forms of producing materials, will be a key factor not only in meeting our future food needs, but, in doing so, saving our planet as well.

A key feature of plant-based and cultured foods is the transparency of the manufacturing process when compared to traditional animal-derived food production, as will be explained in more detail in this chapter.

This transparency will ultimately drive a move towards greater adoption of these products and, importantly for investors, will divert consumption dollars towards genuinely clean food.

Currently, most companies in the field are private, but increasing numbers are expected to go public in the next few years, offering investors the chance to participate in a major boom. In the investment section of this book, I triage what I believe to be the best of them, covering the gamut of meats, both plant- and cell-based, as well as by-products, and the ‘picks and shovels’ that are making the revolution happen.

In this chapter, there follows a brief description of the range of technologies used in the creation of these new foods and products; an analysis of where, how and when the resulting products will be sold; and an estimate of their market and investment potential.

The plant-based food producers are already the subjects of heavy investor interest, and their products have been rapidly gaining market share. These plant-based foods include burgers – such as the famous Beyond Burger and Impossible Burger – but also many other meat substitutes, including chicken, pork, beef, and, of course, seafood. Included in the plant-based market are substitutes for cow’s milk made from soy, almonds, rice, and oats. There are also many animal-free product lines in snacks, pet food and baby food. While undoubtedly successful in most cases, companies involved in this sector generally have more limited intellectual property than those in the cell-cultured space, and are more reliant on superior marketing and manufacturing skills to establish their brands.

The second investment area is a fast-developing, yet thus far largely under-the-radar, business of using biotechnology, typically cell culture, to replicate meats, seafoods, dairy products, leathers, and proteins. This industry has the potential to create novel ‘engineered’ foods which will not relate to any existing animal or fish species.

This sector is most interesting from an investor’s point of view. It is at an earlier stage of development than the plant-based sector but has huge momentum behind it. In my view, its products are likely to be in wide dispersal within 10 years, if not sooner, with sales likely in the next 18 months at a small production launch.

The third investment area pertains to the tools-and-technologies industry that enables clean foods: namely machinery, feedstock (‘growth media’), and other elements necessary to fuel the new food revolution. There are currently some investable companies in this area, but many of the means of production are held within large companies where the effect of increased sales in this area are diluted by size, which limits their investment potential.

When I embarked on this book, I had no idea that the processes involved in making the spectrum of clean foods were so complex, involving high science and research and development, particularly in cellular agriculture. I have tried to describe the salient features of these processes to reduce them to a simple, bite-sized (excuse the pun!) precis, giving readers some idea of how our food will be produced in future.

While there is a wide variety of new foods and therefore a wide variety of production methods, plant-based foods are generally produced by extrusion. Cell-based products are produced in bioreactors, where different cell lines are provided with nutrients. These include sugars, salts, vital amino acids and growth factors (hormones) that replicate the natural process of growing meat on the body of an animal, without the slaughter and other downsides of traditional animal husbandry.

There are, in addition, other forms of food made by biotech processes, including yeast-based foods and proteins made – literally – from thin air and electricity.

Cellular agriculture still lags behind in comparison to the production and commercialisation curves of the plant-based sector, but it is catching up rapidly, and offers the prospect of defensible IP, lower costs, and greater efficiencies in production. I estimate that in 10 years, products made in bioreactors will be sold at scale in most parts of the world.

This is the industry about which I hold the most optimistic viewpoint, and the one into which I would recommend the highest investment concentration, with portfolio additions from the plant-based foods industry, which is here and now with its products.

The New Agrarian Revolution is happening now, and as with every new promising industry, there will be plenty of public companies to choose from in due course. At the moment, however, the pickings on the public markets are few and far between, because most of the promising companies are sequencing through their various pre-IPO listing rounds of funding.

These rounds start with a founders’ round, then go onto a seed round, followed by a number of alphabetically named ‘Series’ rounds (Series A, Series B, etc.), and are typical of angel- and venture capital-funded companies.

This book contains a list of all of the promising and not-so-promising companies involved in the cell ag, plant-based, alt-materials, and picks and shovels companies, rated by myself and my investment colleagues, Anthony Chow and Laura Turner.

Many of these companies are rated on the basis of our perception of quality of management, business plan, the competitive landscape for their products, and valuation, which generally is referenced either to open rounds of financing or our expectation of valuation at the next round.

The few available listed companies are rated also, although I recommend that investors do not buy the shares of ‘traditional’ food producers on the basis of any exposure to ‘new’ food or materials companies, or to their own-brand plant-based foods, as the impact of these will generally be very diluted in the context of the sheer size of these companies. There are a few investable companies that are already public, including the excellent Beyond Meat, and Sartorius in picks and shovels. But generally speaking, investors must either find a way of investing directly, or wait for IPOs to come along, or invest in a collective vehicle.

In a bit more detail:

So let’s move on to the BEST company list – based on my opinion and the opinion of my colleagues and experts I have spoken to. It is a list of those companies that represent the crème de la crème of the industry. Think of this as a fantasy football team of what an IDEAL portfolio of New Agrarian Revolution companies looks like.

These companies are also selected as the ones most likely to IPO in the near future, and therefore could be viable stock picks in the years to come. Beyond Meat (NASDAQ: BYND), is currently the only publicly available company on this list, but there is no reason why Impossible Foods, The Meatless Farm, The Not Company or the LIVEKINDLY Collective, could not shoot for an IPO in the next couple of years. 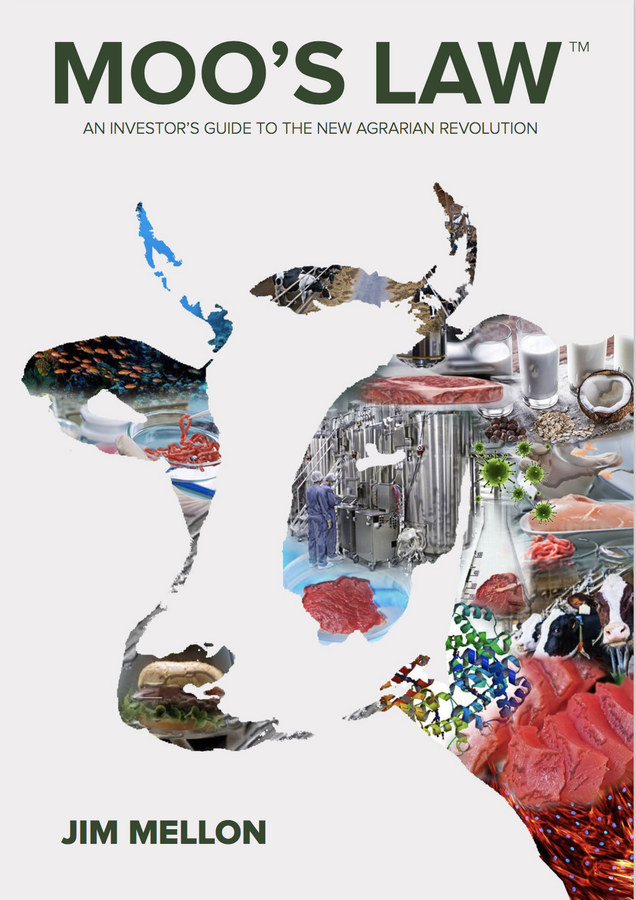