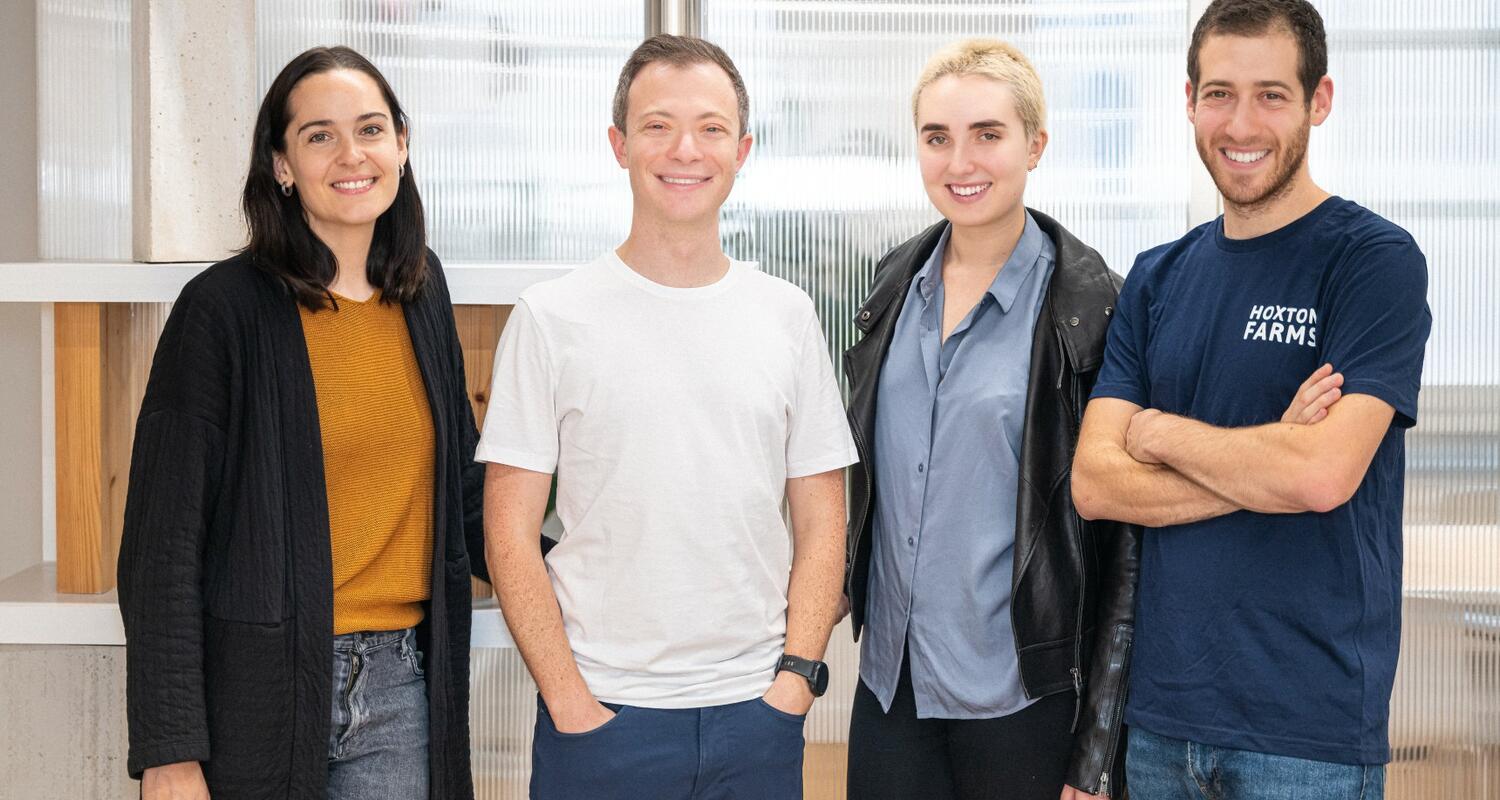 Since raising its $3.6m Seed round led by Founders Fund last year, Hoxton Farms has demonstrated the power of its computational platform. The team uses machine learning and mathematical modelling to develop proprietary bioreactors and low-cost animal-free culture media – the nutrient-rich broth used to feed cells. Now that Hoxton Farms has proven the enabling technology for its production platform, the startup is building a 13,000 sq ft pilot facility in Shoreditch, East London, to scale up its manufacturing capacity.

Max Jamilly, Co-founder of Hoxton Farms, said, “At Hoxton Farms, we are obsessed with fat. Fat is the single most important sensory component in all of the meat that we eat. Using cultivated fat alongside plant proteins, we have shown that we can make products with the juiciness and flavour that plant-based meat has been missing. We’re now building our pilot plant in central London so that we can show visitors a new way of making the same delicious meat.”

Jamilly continued, “Growth in the plant-based meat market has slowed to a crawl. There is more choice than ever before but consumers miss the delicious flavour and juicy texture of traditional meat. Dollar sales and market share of plant-based meat stagnated in the USA in 20211 and almost 60 percent of US consumers are reluctant to try plant-based meat due to its taste2. Animal agriculture has a greater worldwide impact on climate change than transport emissions and occupies 77 percent of all agricultural land even though it supplies only 17 percent of our food3. But meat alternatives need significant improvement before we can make a dent in the intensive animal agriculture industry and shut down the last factory farm on Earth. This is where Hoxton Farms comes in.”

Existing “alternative proteins” underperform due to plant oils. That's because coconut, sunflower, palm, and canola oil taste funky, degrade quickly, burn easily, melt inconsistently, and aren’t as healthy as they seem. Manufacturers add flavourings and other ingredients to the label in an attempt to make up for the deficiencies of plant oils, but this only makes products unhealthy and unsatisfying.

To deliver on the promise of meat made in a better way, Hoxton Farms cultivates real animal fat in bioreactors. Its customers combine fat with plant-based protein, bringing together the best of both cell-cultured and plant-based products. They create blended meat alternatives that give consumers the taste, texture, and nutrition that they expect – and at a fairer price.

Ed Steele, Co-founder of Hoxton Farms, said, “Cost and scale are two of the biggest challenges in the cellular agriculture industry, but they aren’t talked about enough. Since we started Hoxton Farms, we have been laser-focussed on solving these problems and, thanks to our computational approach, have made significant breakthroughs. We’ve also built an incredible team, novel technology and important customer partnerships. Collaborative Fund and Fidelity are the perfect partners as we build our pilot plant and demonstrate our scale-out production process.”

Hoxton Farms is inviting Londoners to imagine a new kind of city farm. Traditional methods for commercial cell culture are based on building larger and larger bioreactors. This approach makes sense for the pharmaceutical industry but it’s no match for the vast scales and low costs needed to produce food. Instead, Hoxton Farms has built a “scaled out” approach using many smaller bioreactors connected through software and automation. The team have proven that this dramatically lowers the cost of producing commercial-scale cultivated fat. The startup’s new pilot facility will demonstrate this novel approach at significant volumes.

Sophie Bakalar, Partner at Collaborative Fund, added, “At Collaborative Fund, we’ve been investing in better ways to produce meat for over a decade, including in companies like Impossible Foods and Beyond Meat. These brands have done a phenomenal job delivering on the protein side of the equation, but we still need a breakthrough in fat to compete with conventional meat on taste, texture, health, and cost. We’re convinced that Hoxton Farms is the company that will deliver on that promise.”

Cultivating fat may be less challenging than cultivating muscle, but it's still impossible to produce fat at global scales using existing methods. Instead, Hoxton Farms uses cutting-edge computational biology and Bayesian optimisation to reduce costs, accelerate timelines, and produce a customised product unimaginable even a few years ago.

Jennifer Uhrig, Partner at Fine Structure Ventures, commented, “We are extremely impressed with the technology that Hoxton Farms has developed. Combining machine learning, biology and engineering has uncovered hidden insights that dramatically improve performance throughout every stage of the production process. The proprietary scale-out approach also removes the risk of scaling beyond pilot and reduces the cost of producing cultivated fat. We are very excited to work closely with the Hoxton Farms team over the next few years.”

In addition to building its pilot facility, the Series A will enable Hoxton Farms to submit regulatory dossiers, further develop its customer partnerships to demonstrate its cultivated fat in products and improve the cost of growing cultivated fat at scale. Currently a team of over 20, they expect to reach 50 by the end of 2023.

For more information go to https://hoxtonfarms.com/

The company was co-founded by Cambridge- and Oxford-trained scientists, Dr Max Jamilly and Ed Steele, and is based in Hoxton, London.

With over $500M in assets under management, Collab Fund is a leading source of capital and strategic support for entrepreneurs, businesses, and protocols pushing the world forward. Learn more at www.collabfund.com.

Founders Fund invests in the world’s most important and valuable companies across all sectors and stages. The firm’s partners have been founders and early funders of companies including PayPal, SpaceX, Palantir, Airbnb, Stripe and Facebook. Founders Fund pursues a founder-friendly investment strategy, providing maximum support with minimum interference. More information is available at www.foundersfund.com.

Systemiq Capital brings the capital, expertise and network that enable climate tech founders to scale successfully, at speed. Spun out of SYSTEMIQ Ltd, the world’s only “pure play” climate and systems change company, Systemiq Capital invests in founders at late seed to Series A/B across sustainable food and materials, climate intelligence and finance, clean transport, and climate restoration. It is built around deep thought leadership, integrated with an unparalleled network of multi-specialist climate experts, policy makers and c-suite corporate enablers. 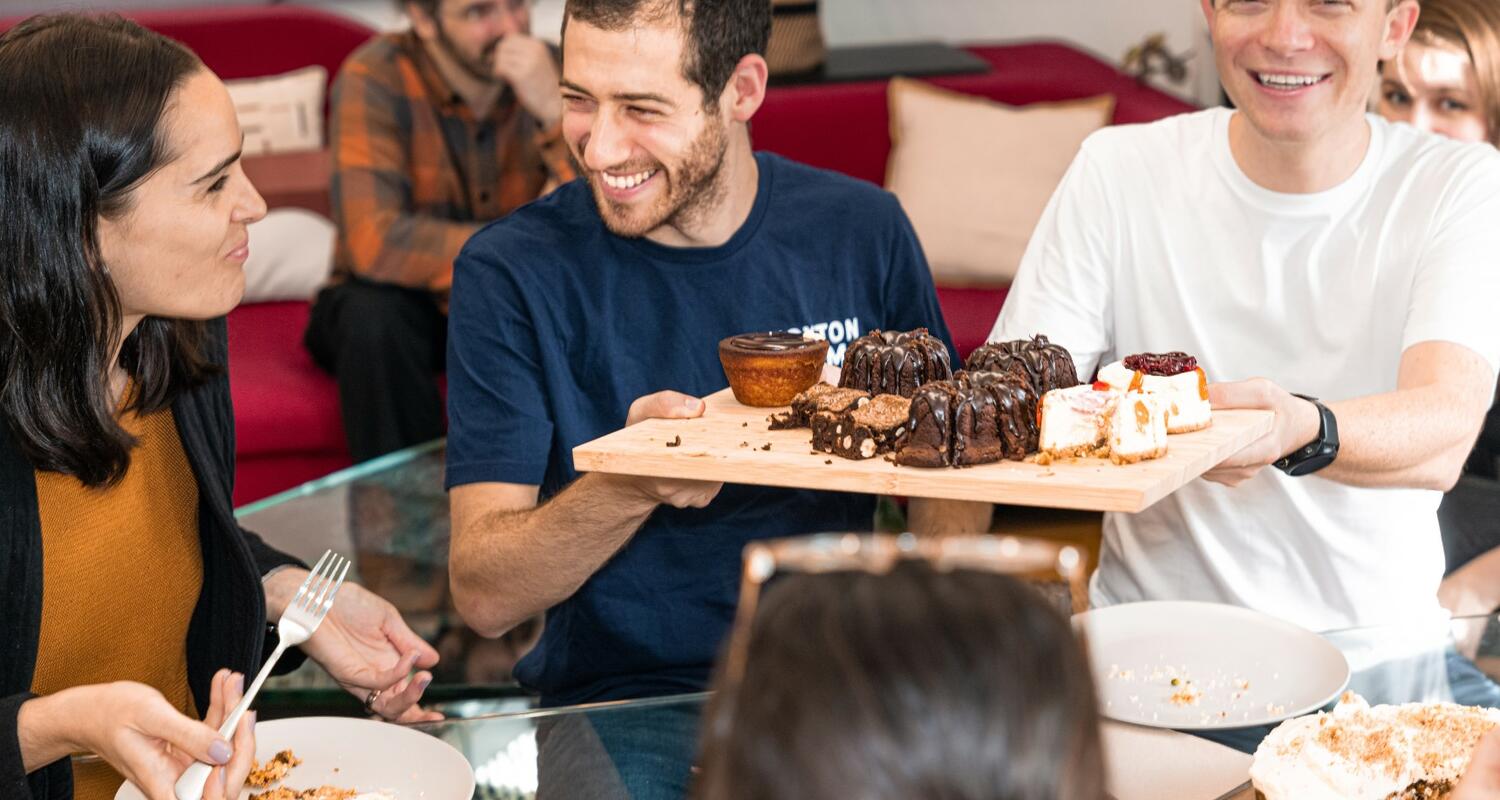 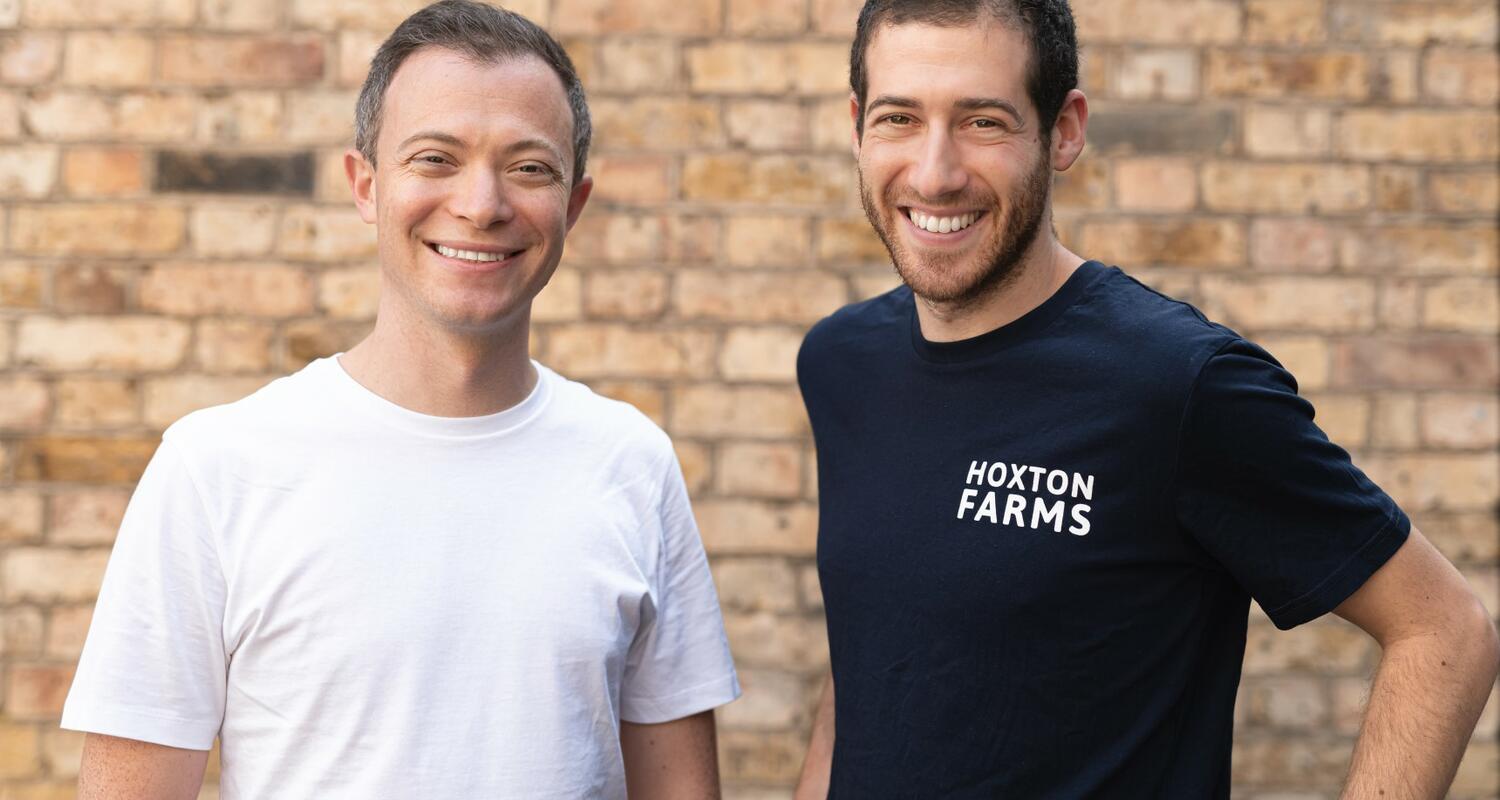 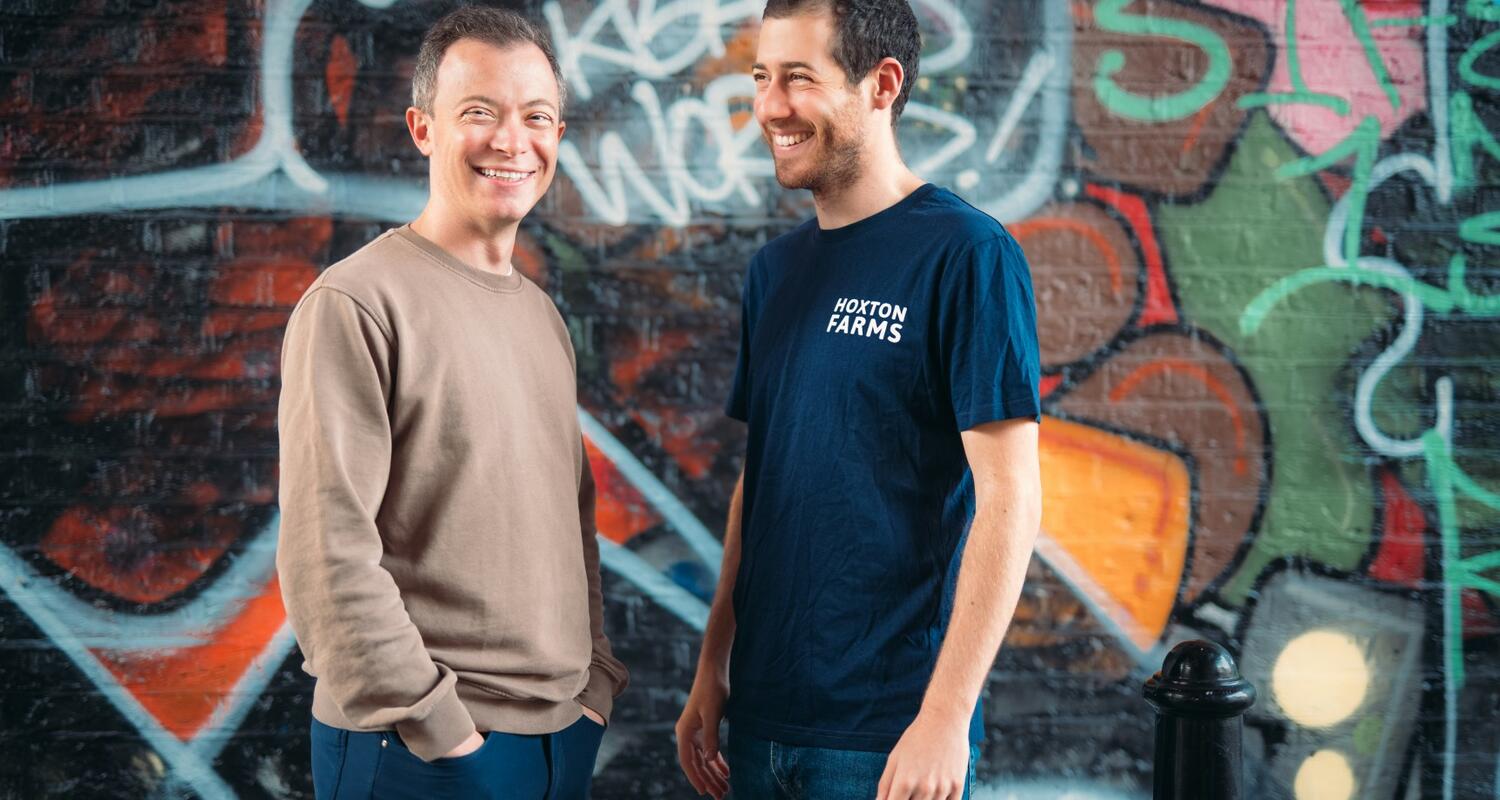