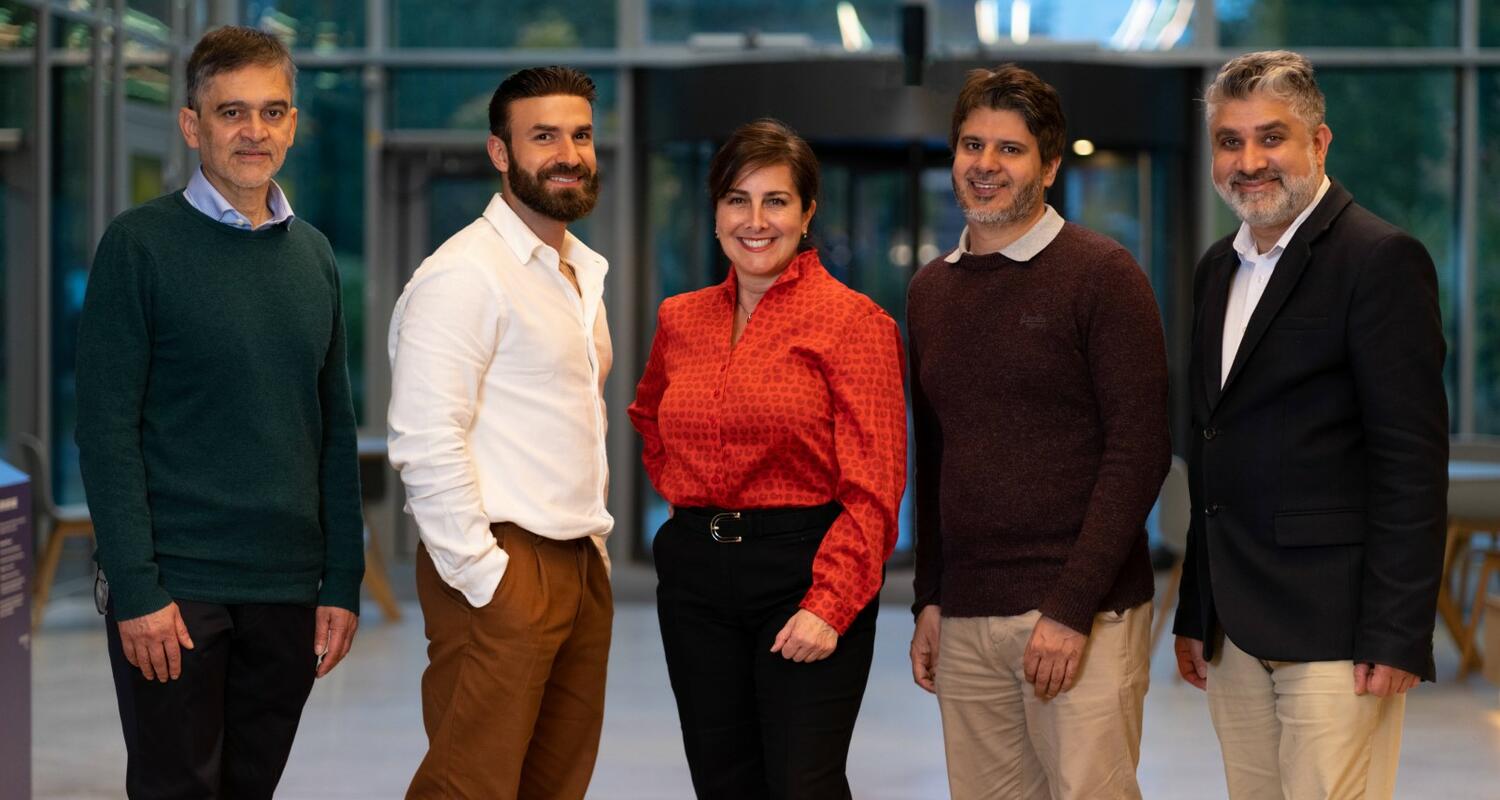 Manchester, 17.11.2022: Molecular farming start-up Bright Biotech has closed a $3.2 million funding round. The oversubscribed Seed funding round was led by FoodLabs and includes world-class impact investors Big Idea Ventures, CPT Capital, the FoodHack syndicate and business angels. Now, the company will foster its R&D for a new genetic engineering method to make growth factors, expand their team of high-profile scientists and scale their manufacturing operations.

“We are glad to have won such renowned and like-minded investors backing our vision for a more sustainable food system”, said Mohammad El Hajj, co-founder and CEO of Bright Biotech. “With the fresh funding and our growing team of experienced scientists and production experts we are set for rapid commercialisation. Our technology is very timely for the cultivated meat industry, and we are thrilled to be working with our partners and investors to have the first products from our robust, ultra-scalable and sustainable technology available on the market in 2023.”

Driven by the vision to make our food system more sustainable, Bright Biotech is bringing its revolutionary technology to the industry, moving the world one step closer to enjoying the next generation of meat.

Cultivated meat is a solution to the increasing demand for animal proteins as the world continues to experience economic and population growth. Animal factory farming is cruel and not sustainable. Enabled by science, cultivated meat is biologically equivalent to meat from animals. Industrialising cultivated meat will reverse the harm done to animals, people and the environment and we get to keep the enjoyable, delicious, and nutritious meat experiences.

Bright Biotech is a leader in chloroplast-based expression, manufacturing growth factors in plants at minimal cost with staggering yields. Growth factors are necessary proteins that promote cell differentiation, growth and proliferation in the production of cultivated meat. By significantly reducing the price of growth factors, the largest cost drivers of the industry, Bright Biotech will facilitate and enable the industrialisation of cultivated meat tackling a $116 billion global industry by 2040.

Despite being used at very low concentrations, growth factors make up at least 55% of the marginal cost of cultivated meat. They can cost several million dollars a gram making them more expensive by weight than diamonds. Up to three tonnes of various growth factors will have to be produced annually for cultivated meat production to scale and gain only one percent of the global protein market. Today, barriers for producing cultivated meat at scale include the very high cost and bottlenecks in the supply of growth factors.

“Bright Biotech's approach to harnessing chloroplasts for manufacturing growth factors in plants can be a game changer for the cultivated meat industry and will be a key enabler to achieve price parity”, said Christian Guba, Senior Associate at FoodLabs. “Mohammad and his team have impressed us not only with their deep expertise but also with a pace and progress rarely seen in terms of getting to market. We are very excited to support them in building a global champion.”

An experienced and complementary team

Manchester-based Bright Biotech was founded at the end of 2019 to commercialise the technology of producing valuable proteins in chloroplasts of plants. The company has received numerous awards and endorsements from several distinguished institutions including Educate North Award, The University of Manchester’s Masood Entrepreneurship Centre, EIT Food of the European Union, Innovate UK Edge and Innovation Forum. The co-founders Mohammad El Hajj, Anil Day, Tariq Ali, Farid Khan and Rania Deranieh, are a diverse team of highly qualified and experienced scientists and entrepreneurs. Equipped with a strong academic background in protein production and cell culture from leading educational and research institutions in the UK, the US, Jordan and Lebanon, the team can devise strong risk mitigation plans when technical challenges arise and bring a project to successful completion.

Bright Biotech is a Manchester-based company using genetic engineering of plants to provide a plentiful supply of growth factors for the cultivated meat industry at a fraction of the current cost. The aim is to allow cultivated meat to scale and reach price parity with conventional meat and ultimately      contribute to our planet’s health by reducing our reliance on animal factory farming. The founding team Anil Day, Farid Khan, Mohammad El Hajj, Rania Deranieh and Tariq Ali have a strong academic background in protein production and cell culture from leading educational and research institutions in the UK, the US, Jordan and Lebanon, which enables strong risk mitigation when technical challenges arise. Bright Biotech has been accelerated through established programs including Innovation Forum ImagineIF!, EIT Food Seedbed Incubator, EIT Food Accelerator Network, Big Idea Ventures Accelerator, GROW Accelerator and support from the University of Manchester’s Masood Entrepreneurship Centre and Innovate UK Edge.

Food Labs is a pan-European Early-Stage VC investor and venture studio for food, sustainability and health. Food Labs strongly believe that entrepreneurship holds the key to pushing the boundaries in the food industry. Based in Berlin, FoodLabs has built and invested in more than 50 early-stage FoodTech companies since 2016. Food Labs is backing the most ambitious, purpose-driven entrepreneurs, who are committed to changing the world’s largest industry. Food Labs has been an early investor in some of the most seminal, fastest-growing European FoodTech start-ups including Infarm, Meatable, Mushlabs, Sanity Group and Formo.

Big Idea Ventures is a venture firm focused on solving the world's greatest challenges by backing the world's best entrepreneurs, scientists and engineers. Through its three funds - the New Protein Fund, the Generation Food Rural Partners fund and the Strategic Opportunities fund - Big Idea Ventures invests in the best food, food technology and agritech companies globally. The firm has offices in New York, Paris and Singapore and has already invested in more than 100 companies across 22 countries. For more visit www.bigideaventures.com. 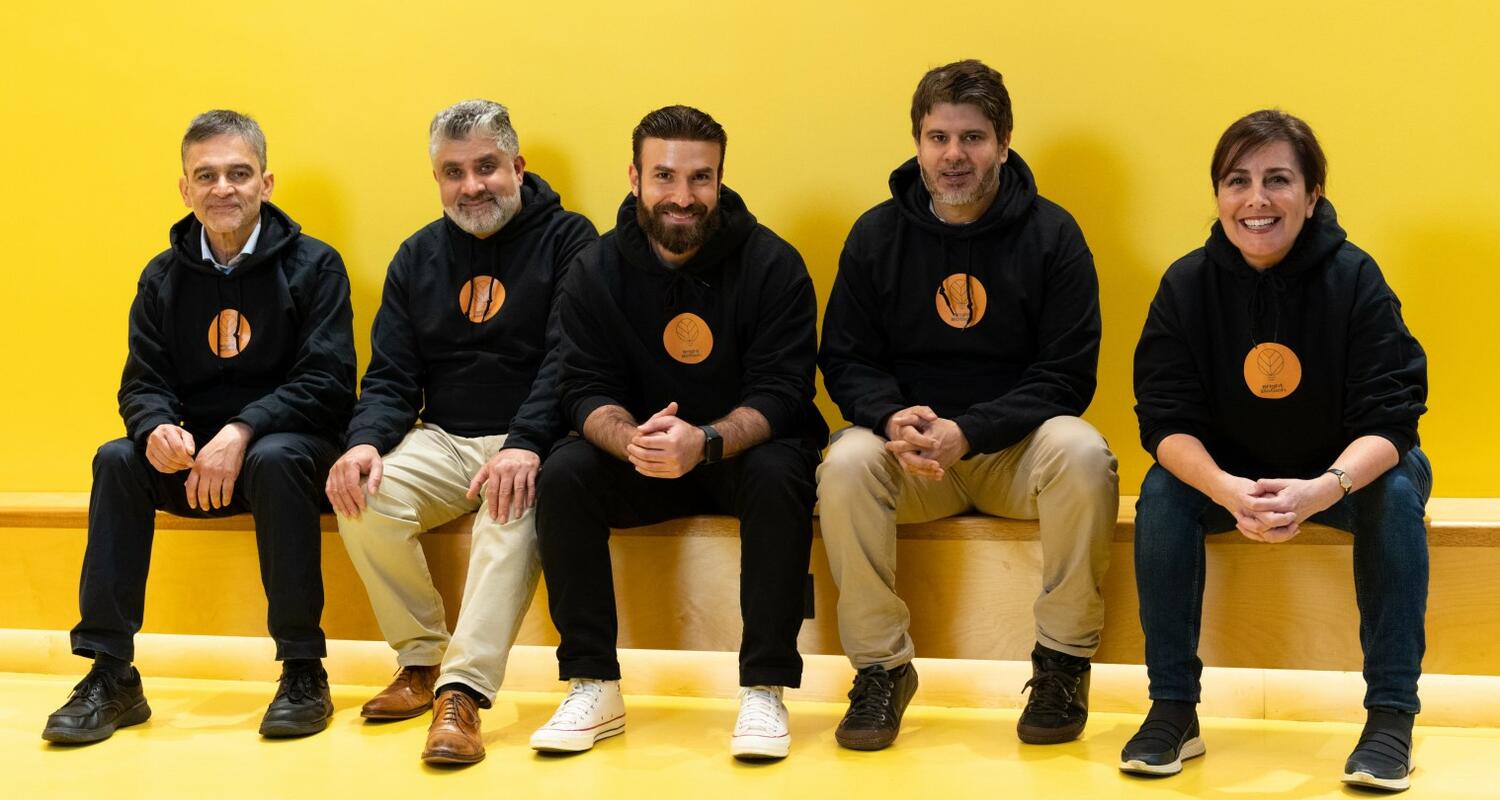