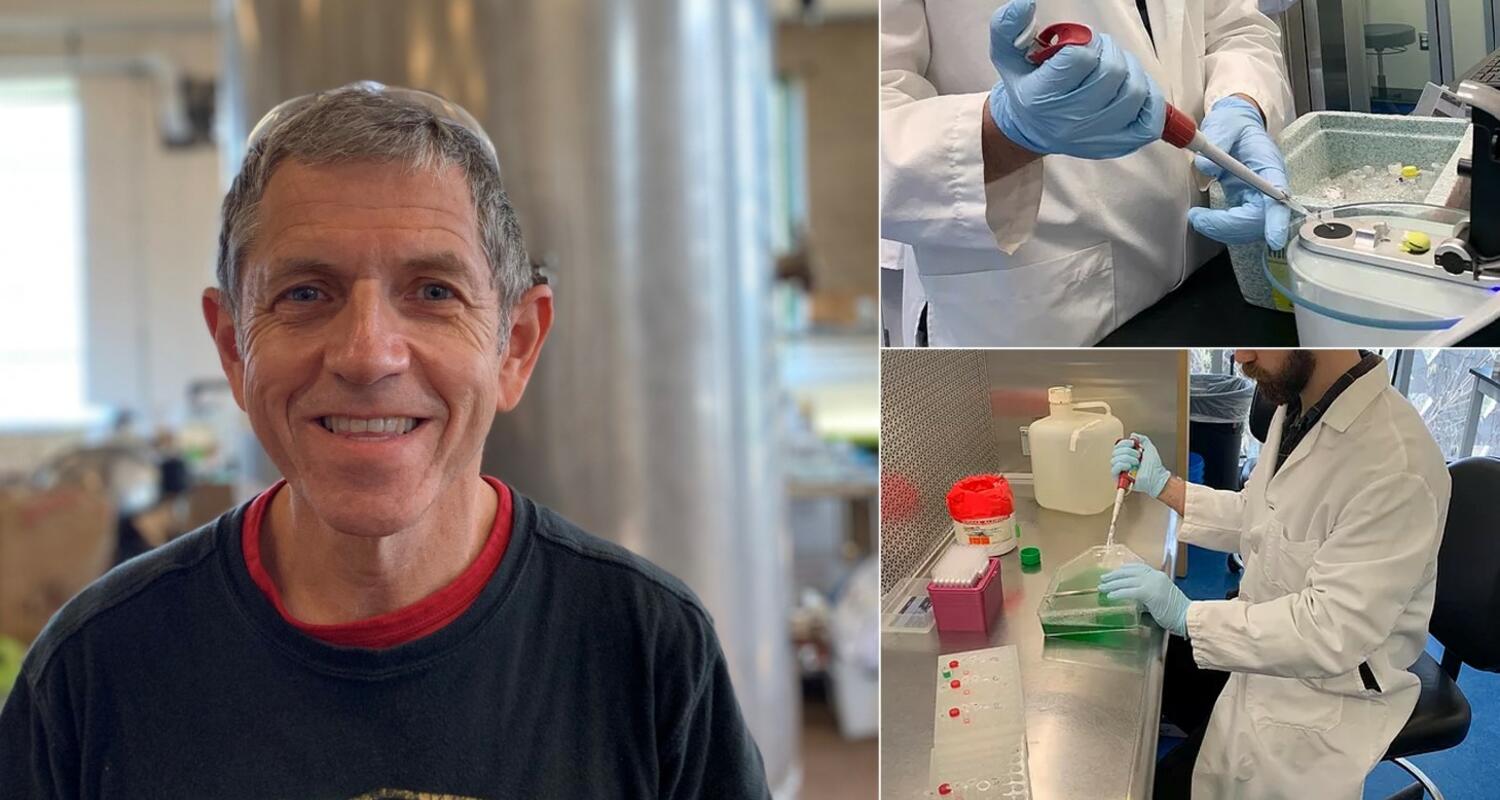 This article was adapted for Protein Report from content in Tech to Table: 25 Innovators Reimagining Food, the forthcoming book by writer Richard Munson to be released in September 2021.

A growing number of entrepreneurs challenge the assumption that meat eating will expand as industrializing countries amass wealth and seek protein-rich diets. Most attention has been on the innovators producing protein-rich alternatives, particularly plant-based and cell-based options. Sales of plant-based proteins, for example, totaled $5 billion in 2019 and climbed 158 percent in 2020. Financial firm UBS predicts that the U.S. market will grow to $85 billion by 2030, and Entrepreneur magazine suggests that plant-based meat “has officially reached ‘global phenomenon’ status.”

Less recognized are the innovators developing serums and mixes in which cell- and plant-based proteins can grow. Some of the most creative are using ancient and simple components—including algae and mycelia—to create the foundations for animal protein alternatives.

Taking a jab at the Western diet’s dependence on cattle and pork, Lerer named his firm after the Union Stock Yards once located in southern Chicago and featured in Upton Sinclair’s The Jungle. Back of the Yards Algae Sciences, in fact, is one of several food-based start-ups located within a 100,000 square-foot former meatpacking facility. “The meat of hundreds of millions of pigs was probably processed in here,” explains Lerer. “And soon we will be able to make a burger that is 100 percent algae-based and cruelty-free.” According to the CEO, the building has gone full circle as a center for food innovation, starting early in the 20th century when it launched canning, cold storage, and industrialized meat production. Today, while it maintains the smoke-stained bricks from its former pork production, the structure serves as a laboratory for alternative proteins, while large-scale production of algae/mycelia-based colorants, feed, and food is done at a facility in Utah.

Algae, which Lerer calls “the source of life,” enjoy numerous attributes. They grow ten times faster than soybeans, and they need a tenth of the land to produce the same amount of plant material. They thrive virtually anywhere, including non-productive and non-arable lands, with multiple yields throughout the year, and they do not compete with other crops for soil. They produce no waste materials. Pound for pound, they contain twice the protein of meat, more beta-carotene than carrots, more iron than spinach, and substantial amounts of omega-3 acids. Farming algae does not cause erosion or require synthetic fertilizers or pesticides. The organisms do not even demand fresh water, with the protists being quite happy in brackish, sea, or wastewater.

Algae help solve several of our greatest population and environmental challenges. Rich in vitamins, minerals, and proteins, they fortify food and combat malnutrition among a growing population. Lerer increasingly mixes algae with mycelia, the thread-like filaments from mushrooms and other fungi. He admits that algae-as-a-feedstock has been hyped previously but suffered two setbacks during the second half of the twentieth century. In the 1950s, researchers touted Chlorella pyrenoidosa as a solution to global malnutrition, with the United Nations suggesting it was “the most ideal food for mankind” and the Food and Agriculture Organization calling it “the best food for tomorrow.” Yet no one mastered making Chlorella economically on a large scale. During the first oil crisis in the early 1970s, investors tried to convert algae into a biofuel that would replace gasoline, but, again, the process proved to be too expensive.

Lerer, however, argues algal science has progressed substantially and the combination of global warming and population growth creates a new imperative. He believes the biggest potential is not in the best-known algae, such as seaweeds and spirulina, the dried blue-green organism that is a common dietary supplement and food additive. More promising is growing algae as the bedrock of sustainable, plant-based and cell-based food industries that produce protein-rich alternatives to meat.

Lerer uses his biodigester’s mixture to develop a serum in which cultured meats grow. “We want to work towards a future where a leftover piece of food could turn into the meat we would eat tomorrow,” one of Lerer’s colleagues explains. “This is why we are focused on developing an algal stimulant to help cell-based products grow faster, get more yield, better shelf life, and flavor.” Lerer also develops algae-based heme that could serve as the foundation for plant-based meat substitutes, such as those produced by Impossible Foods or Beyond Meat.

Lerer’s latest targets are vertical farms, those indoor plant factories that optimize environmental conditions, nutrition, and lighting. Such sophisticated greenhouses allow food to be grown locally, reducing the need for transcontinental shipping, and limiting the use of chemical pesticides. After two years of research, Lerer discovered how to create an extract from a blue-green algae—specifically the protein-pigment complex, known as phycocyanin, that regulates photosynthesis in the algae—to stimulate the produce’s growth, yield, and quality. The bio-stimulant reduced maturation times by 21 percent, produced 12.5 percent more protein-rich produce, and postponed wilting by several days. According to Lerer, the algae extract “gives vertical farmers a new avenue for reducing costs, while improving produce’s color, vigor, nutrient content, and preservation.”

Algae refer to a broad collection of organisms, perhaps more than one-million varieties, of which only 60,000 have been studied and just 20 used in modern food chains. “There’s so much untapped potential,” says Lerer. Depending on what he’s trying to produce—such as cultured-meat serum or heme for plant-based meats—the entrepreneur uses microscopy and metabolite analysis to select the most appropriate algal and mycelia strains, and he breeds different eukaryotic organisms to optimize his outputs.

Lerer admits meat consumption could soar, as evidenced by the average Chinese consumer increasing meat intake from nine pounds in 1961 to 137 pounds in 2013, with larger boosts occurring in Thailand, Brazil, and Morocco. Yet he believes alternatives will accelerate—thereby improving animal welfare, environmental quality, and health—but only if plant- and cell-based producers obtain better blends in which to grow their proteins. Fortunately, modern scientists are repositioning basic organisms to help meat substitutes thrive. 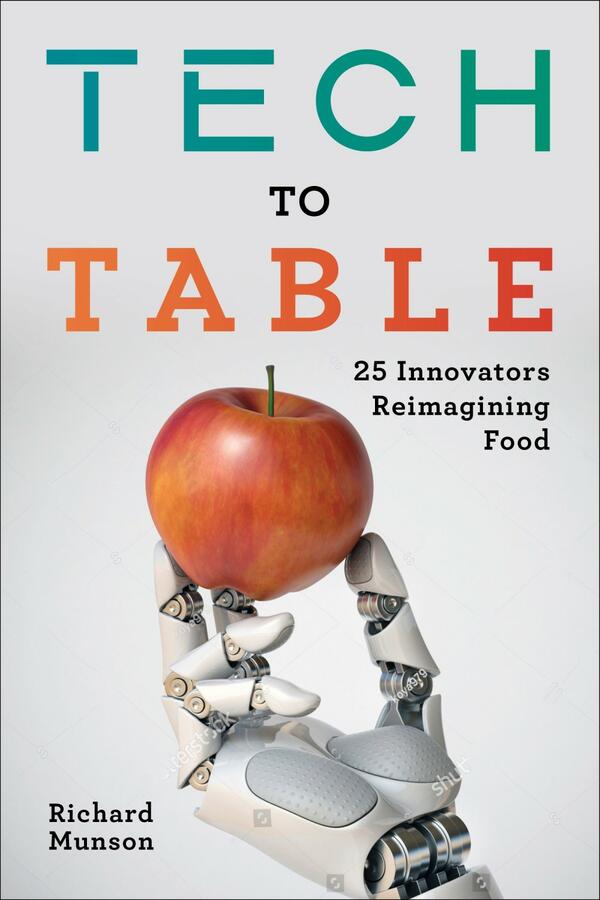