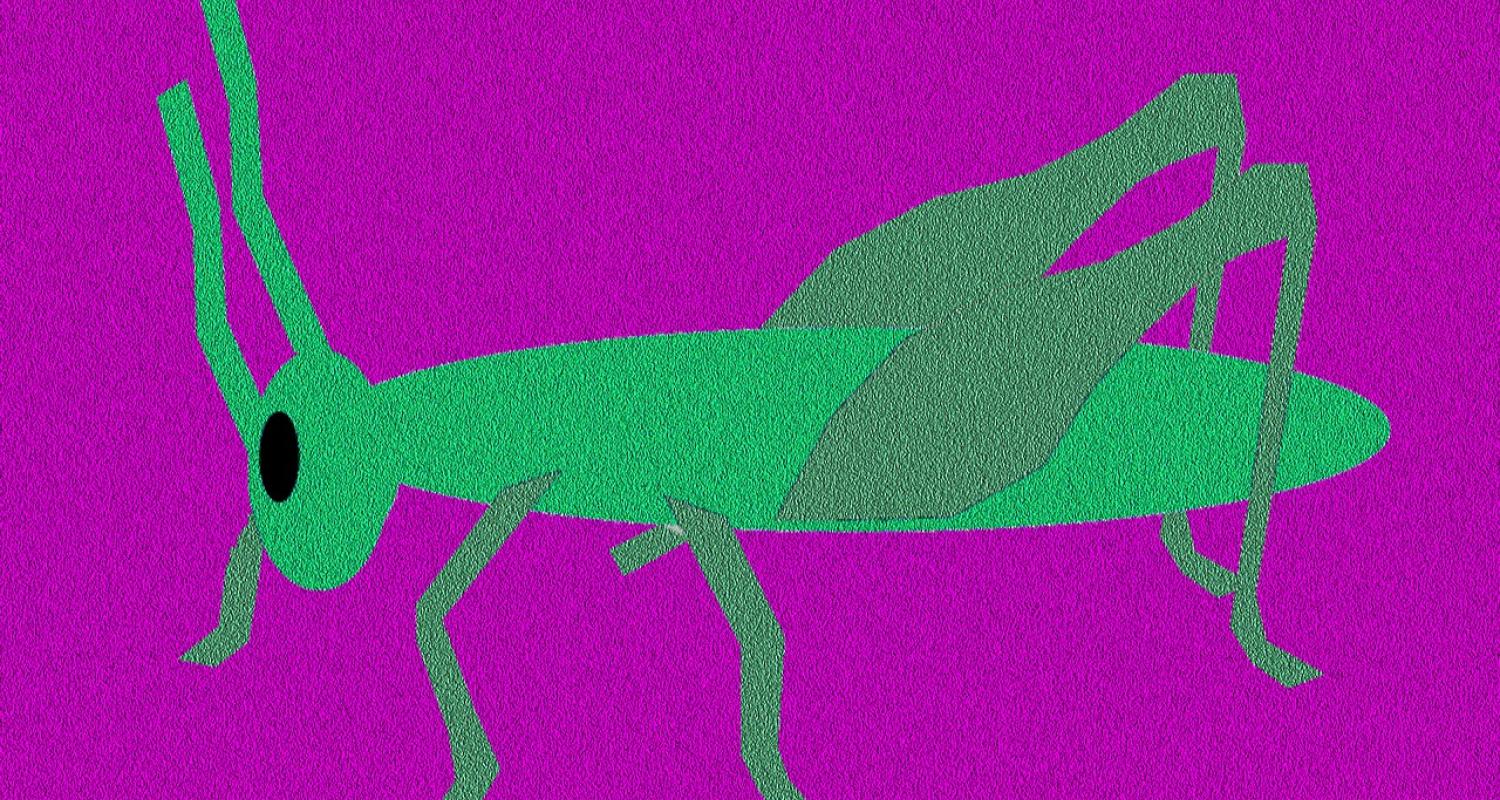 You may have heard of cellular agriculture — the science of growing animal products without the animal. In recent years, it has emerged as an interesting idea for producing alternative proteins.

The main motivation for this technology is that it has the potential to decrease the negative effects of food production on the environment (e.g., intensive resource use, emissions, antibiotics, animal cruelty, etc.) while still allowing people to eat all the things they want to eat.

If you live in a Western culture, this generally means things like beef, pork, chicken, and some seafood.

But what about things outside of the Western meat bubble — what about insects? In many places in Asia, Africa, and Latin America, insects are already familiar ingredients. Think Korean beondegi, Ugandan nsenene, or Mexican escamole.

Insects, after all, have been shown to be much easier to culture than mammalian cells, which is what has prompted scientists to seriously consider entomoculture — cellular agriculture specifically for insects.

For many, this might stir up images of consuming whole crickets and the likes of which, while common in many cultures, could be hard for some to stomach.

But entomoculture is not about growing an entire cricket, for instance. It’s only really about growing the cricket meat — not any of the crunchy cartilage that makes up the majority of the insect. Just like when we farm a cow, we don’t plop the entire animal hide, bones and all on a plate, but instead focus only on the parts we want to eat.

What’s more, this meat can be grown and structured to look like a large piece such as a steak, burger, pork loin, chicken leg, or any of the other cuts of meat we are currently familiar with.

In other words, entomoculture products might not look anything like our current conception of what it means to eat insects. In fact, they might end up being almost exactly like popular animal-based meat products eaten today.

When we produce any kind of meat using cellular agriculture, we are said to be culturing it in vitro. This is done in four main steps.

How does this compare to mammalian cell cultures?

The specifics of each of these steps are best understood in relation to mammalian cells, so let’s take a look at those.

Overall, insect cells can withstand a much larger range of environmental conditions than mammalian cells.

When mammalian cells are grown in vivo (in the body), they are exposed to fairly hot conditions — about 37 degrees Celsius. In order to mimic these conditions, bioreactors have to be heated which requires more energy and drives up production costs. Insect cells, on the other hand, coming from non-warm-blooded creatures, can be grown to scale at room temperature.

As mammalian cells digest and metabolize glucose, they produce lactic acid and other byproducts. As they accumulate, they acidify the cell’s environment which leads to inferior growth conditions for the cell. Unless the environment is rebalanced, the cells will not grow as well. The rebalancing of the environment is usually done by replacing the entire culture medium — sometime as frequently as every 2–3 days. Needless to say, this wastes nutrients and is expensive.

Insect cells are more tolerant to different pH levels. When insect cell growth was compared at a pH of 5.5, 6.5 and 7.5, not much of a difference was noted. What’s more, insect cells partially circumvent the production of lactate as they don’t produce as much lactic acid to begin with.

As a result, insect cultures can get away with full media replacements as infrequently as each 90 days. Now, the other reason the media needs to be changed is because of nutrient depletion. However, insect cells don’t deplete added nutrients as quickly as mammalian cells. The first reason is because they consume triglycerides, glucose, and proteins at a slower rate suggesting that they have more efficient metabolic pathways. The other reason is that cell cultures are typically contaminated with lipid cells called trophocytes or vitellophages which are precursors to insect egg yolk cells. These cells are a natural source of fat which can be consumed by the other insect cells.

Mammalian cells also require a relatively precise measure of carbon dioxide and oxygen to grow — as such, cultures are usually supplemented with an extra 5% carbon dioxide. Insects can go without this supplement.

A culture medium is a substance containing all the essential nutrients like carbohydrates, fats, proteins, salts, and vitamins which a cell needs to grow.

As the culture medium diffuses into the cell, the cell will grow, divide, and the cell line will proliferate.

Culture medium is an instrumental part of cellular agriculture and generating cultured tissue because it’s effectively what allows us to take a relatively small sample of animal stem cells and end up with enough to constitute an entire cut of meat. These stem cells would then be put into a bioreactor where they are exposed to a whole bunch of environmental cues which encourage them to differentiate into the specialized kinds of cells we get in meat.

But in order to proliferate, a cell does not only require essential nutrients and macromolecules. It also needs things called growth factors. When mammalian cells grow in vivo , these growth factors are supplied by the animal’s blood.

In order to replicate this, the culture medium usually consists of a basal mixture supplemented with extra growth factors. The basal medium makes up the bulk of the culture and contains most of the nutrients while the growth factors are added in trace amounts.

So now the question becomes, how do we get these growth factors? Since they all exist in perfect proportions in an animal’s blood stream, the natural starting point is mixing some mammalian blood into the medium — specifically something called Fetal Bovine Serum (FBS).

FBS is enormously controversial because, as it sounds, it comes from the blood of a dairy cow fetus. The two issues with this is that a) it is reliant on animals, hence defeating one of the primary goals of many cellular agriculture researchers, and b) it is expensive.

Additionally, from a scientific perspective, FBS is typically undefined, meaning that its chemical composition varies from animal to animal, which for research purposes isn’t desirable.

There is currently no other substance we can easily obtain that can single-handedly provide all these growth factors, so we turn to trying to make them each individually using recombinant protein technologies. But, at the moment, this too is expensive.

This naturally leads us to one of the biggest challenges for cellular agriculture: finding the ideal culture medium that is simple, can stimulate proliferation, is unreliant on animals, is accessible, and is cheap.

Because mammalian cells rely on a complex array of growth factors, finding a culture medium that satisfies all five of these criteria is an ongoing challenge.

Insect cells, on the other hand, come from insects which are biologically simpler organisms than mammals. They contain a fluid called haemolymph rather than blood and so do not rely on all the same growth factors as mammalian cells.

This in large part allows us to get around the entire balancing act presented by serum. Instead, insect cell medium typically uses a basal medium (such as Eagle’s Medium, Grace’s Insect Medium, or Schneider’s Drosophila Medium) which is supplemented with plant-based additives.

Some examples of these plant based additives are things like

Additionally, due to insect cells’ limited reliance on growth factors in the first place (animal derived or otherwise), mediums are typically simpler in their chemical composition and are cheaper.

When mammalian muscle cells grow in vivo, a fundamental part of their proliferation relies on their attachment to the extracellular matrix (ECM). In order to replicate this relationship, mammalian cells are usually cultured in adherent monolayers — cultures where the cells grow on something else in layers only one cell thick. This necessitates using bioreactors with a lot of surface area which, when scaled up to the industrial level, is infeasible.

The alternative would be using something called microcarriers — little bits of material that float around in the culture medium which the cells can attach to, increasing the overall available surface area. But this requires additional resources and more time to separate out from the meat at the end, complicating the process.

This also introduces the need to vascularize. When mammalian cells are grown in adherent cultures, the cells which are not in direct contact with culture medium will stop growing because they can’t access nutrients. So, the culture medium has to somehow be routed through the meat.

Unlike mammalian cells, insect cells are also able to grow unattached to anything — or in suspension cultures. This means that bioreactors don’t need to have a large surface area, and can instead be designed using much more practical shapes.

Who’s in the Field?

In terms of insect protein alternatives in general, a few companies like Entomilk and Chirps are already working on using crickets as a base for ice cream and protein powder, respectively.

But, at the moment, entomoculture is still mostly in the research phase. In particular, at Tufts University, PhD candidate and New Harvest research fellow Natalie Rubio is working on developing a three-dimensional culture system for insect tissue biofabrication.

In order to do this, she is focusing on cell line development and serum-free media formulation, scaffold fabrication from materials like mushroom chitosan cellulose and silk protein, as well as nutrient and texture analysis.