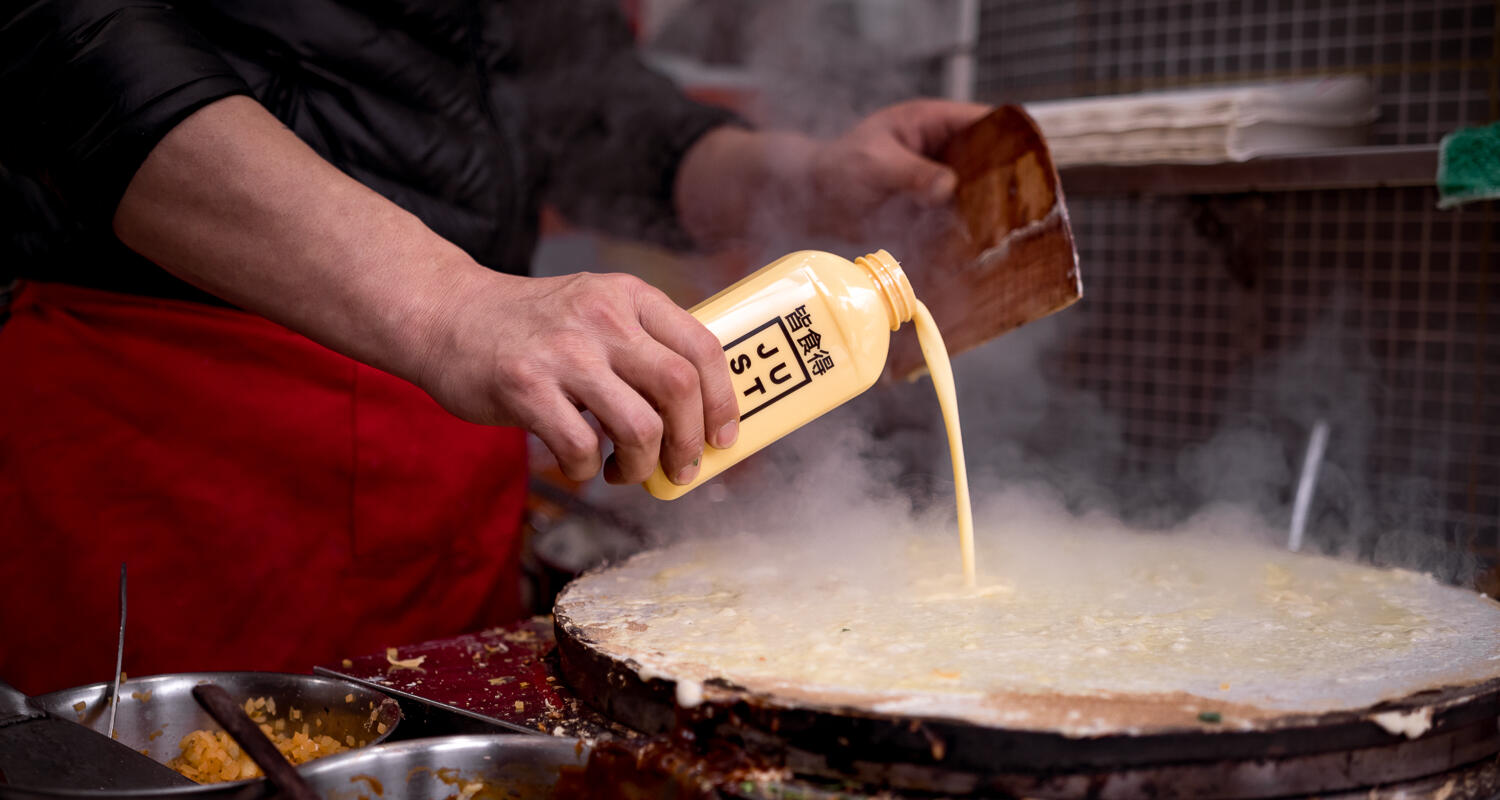 Eat Just is excited to announce the launch of the JUST Egg Jianbing Guide on the Future Food Studio WeChat Mini Program. Eat Just has teamed up with the best jianbing vendors in town to offer you 100% plant-based jianbing made with JUST Egg, an entirely plant-based egg alternative that cooks and looks like conventional chicken eggs. Use the guide to find your nearest JUST Egg jianbing and enjoy a healthier meal that is also better for the environment, getting us closer to the goal of reducing our individual animal protein consumption by 2030.

The JUST Egg Jianbing Guide highlights the top jianbing street vendors in Shanghai carrying a 100% plant-based option on the menu using the JUST Egg product. It is the second project produced by Eat Just’s Future Food Studio. The guide brings a plant-based option to one of the most popular breakfast foods and most convenient snacks in China.

Alongside the launch, Future Food Studio is also opening a JUST Egg jianbing pop-up featuring creative flavors at all-day breakfast cafe, Egg, on 12 Xiangyang North Road from 8-12pm every day for one month.

The guide will launch on World Jianbing Day on April 30, 2021, offering free jianbing for everyone at its featured vendors for one day.

The JUST Egg Jianbing Guide can be accessed through the Future Food Studio Mini Program where you will also have access to recipes, discounts and regular updates from Eat Just.

Eat Just is a company that applies cutting-edge science and technology to create healthier, more sustainable foods that millions of consumers can enjoy. Its 100% plant-based JUST Egg cooks, looks and tastes like conventional eggs. Ideal to replace dishes that use an egg mixture from jianbing, stir-fried tomato and egg, pad thai and okonomiyaki, to crepes, pastries and omelets.

You can find JUST Egg products on JD.com and TMall by searching JUST Egg.

We believe in seeing the world differently. The egg is the world’s most eaten animal protein, so we reimagined it. Because when we realize a plant is an egg, we eat healthier, our planet becomes healthier, and our breakfast rituals take on even more meaning. It starts with a small bean and some healthy soil. Then, the bean becomes an egg that scrambles in a pan or folds into an omelet. It leaves wild spaces wild, reduces air and ocean pollution, and builds muscle in our bodies without a milligram of cholesterol. We want to make it easier for everyone to eat well! Eating plant-based food is also the number one thing we can do for the planet. We see this reflected in the changing Chinese eating habits, which are quickly growing towards a plant-based trend.

In response to this and recent health concerns post-COVID, China’s food industry is rapidly introducing plant-based innovations. The JUST Egg Plant Jianbing by Future Food Studio aims to connect and inspire the community to embrace this positive change. 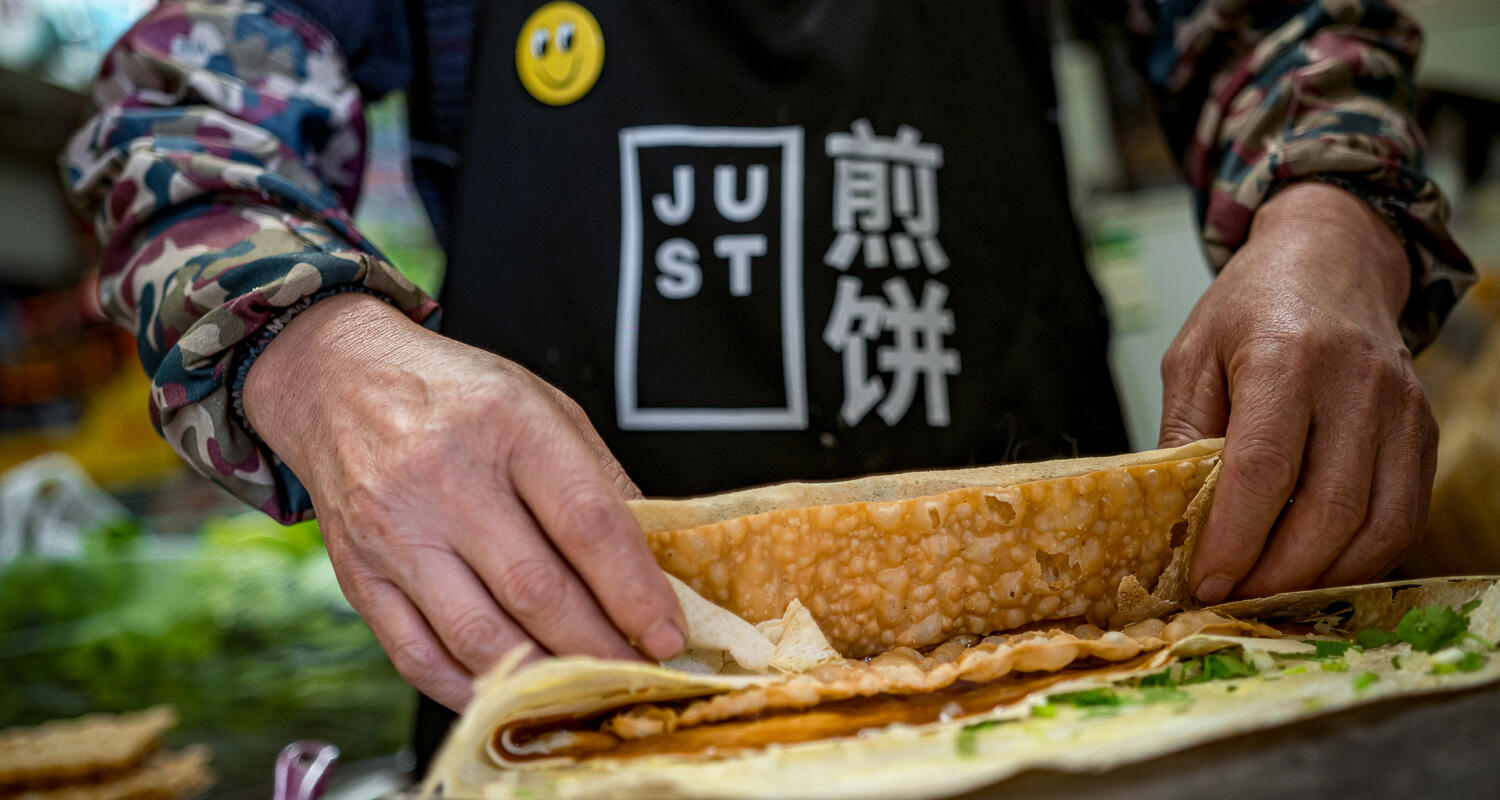 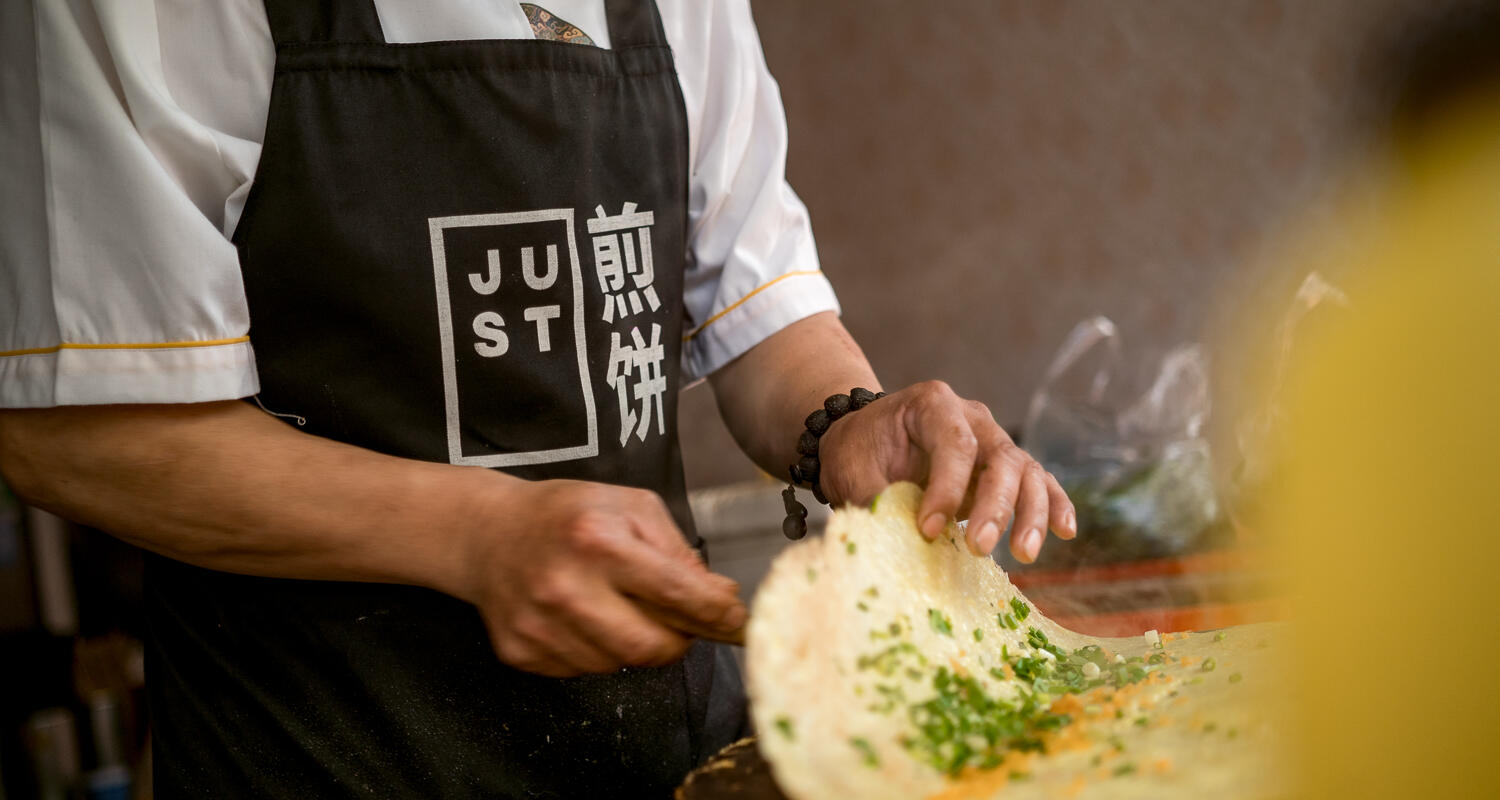 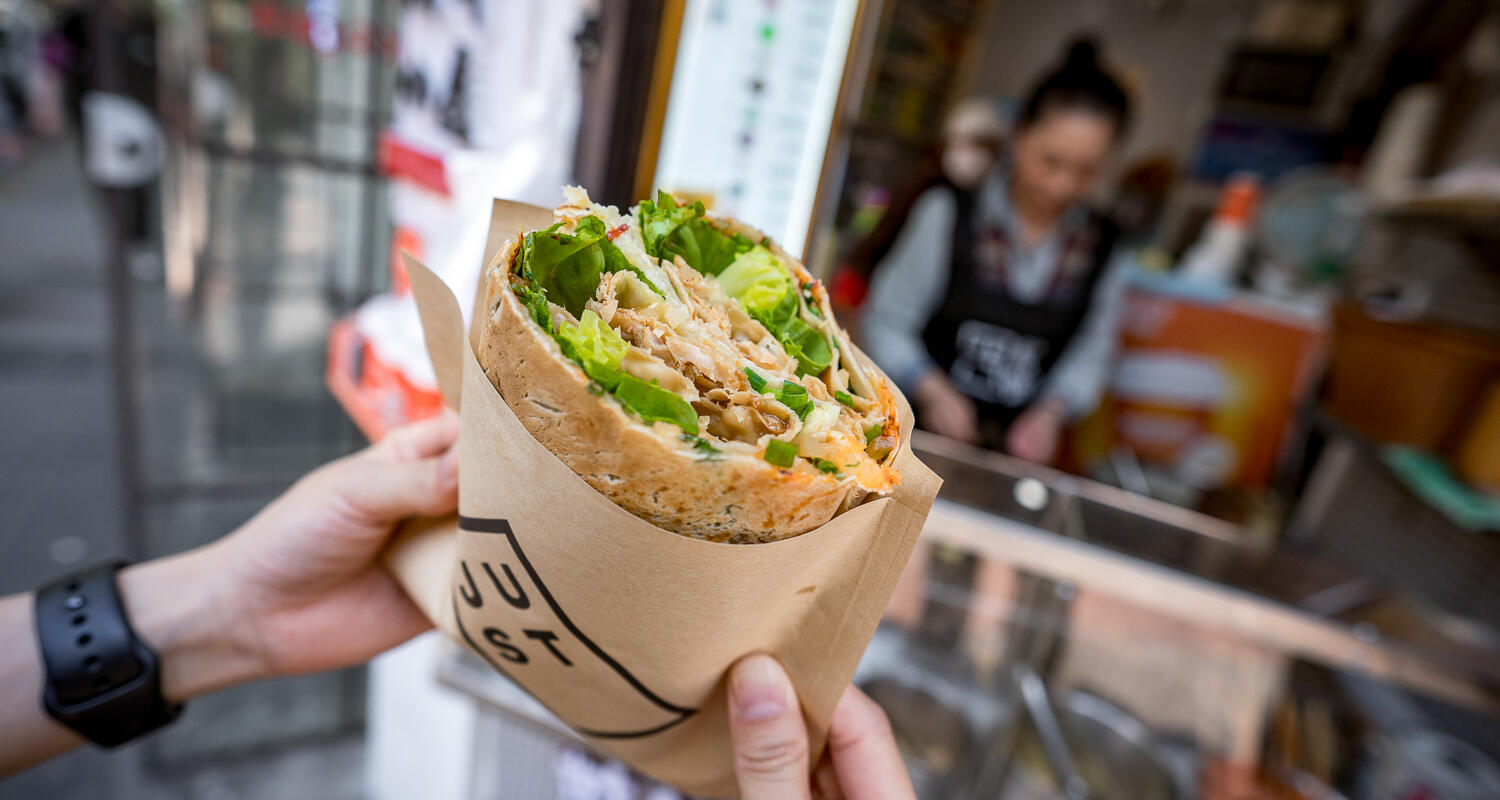 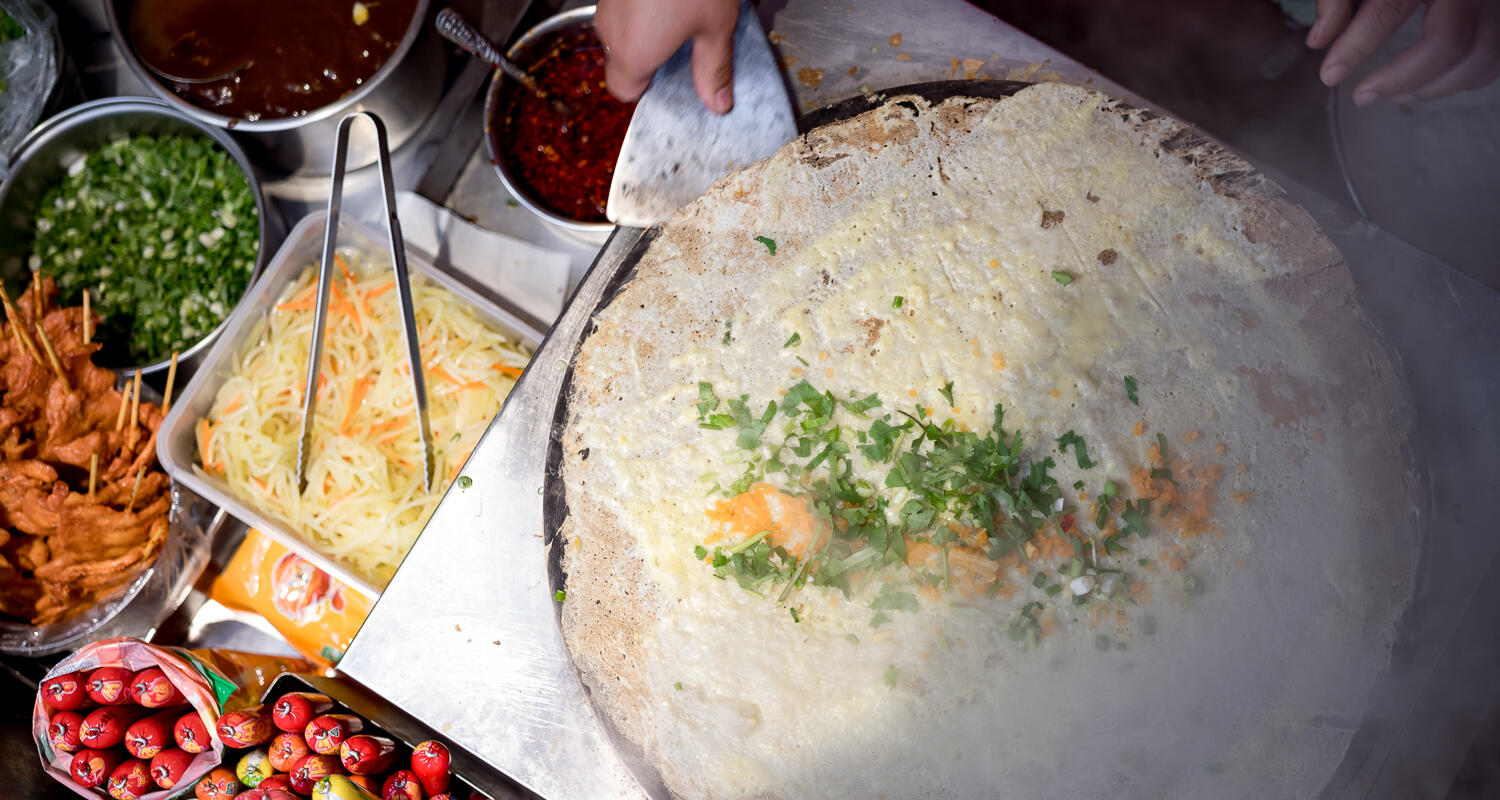 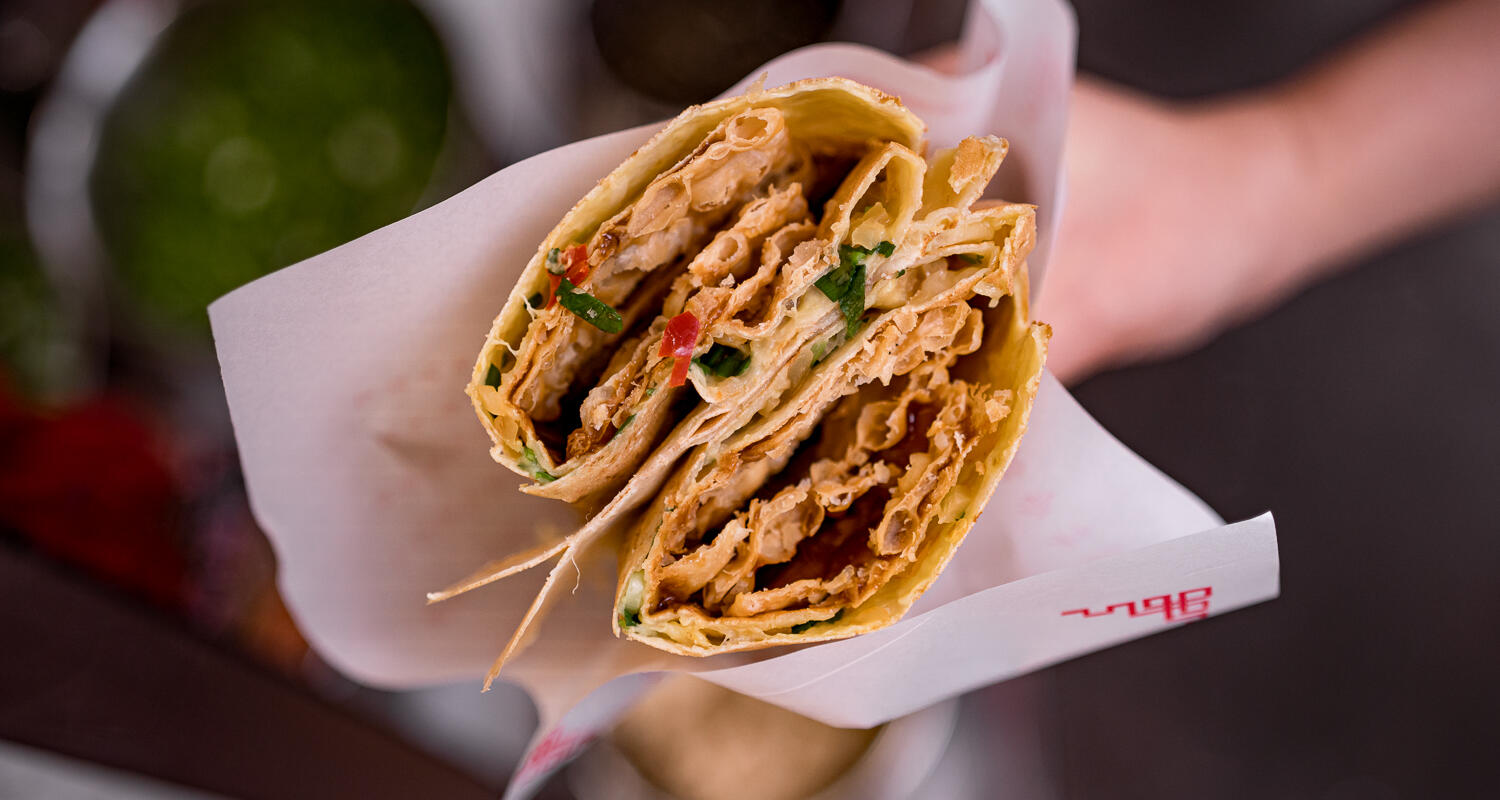 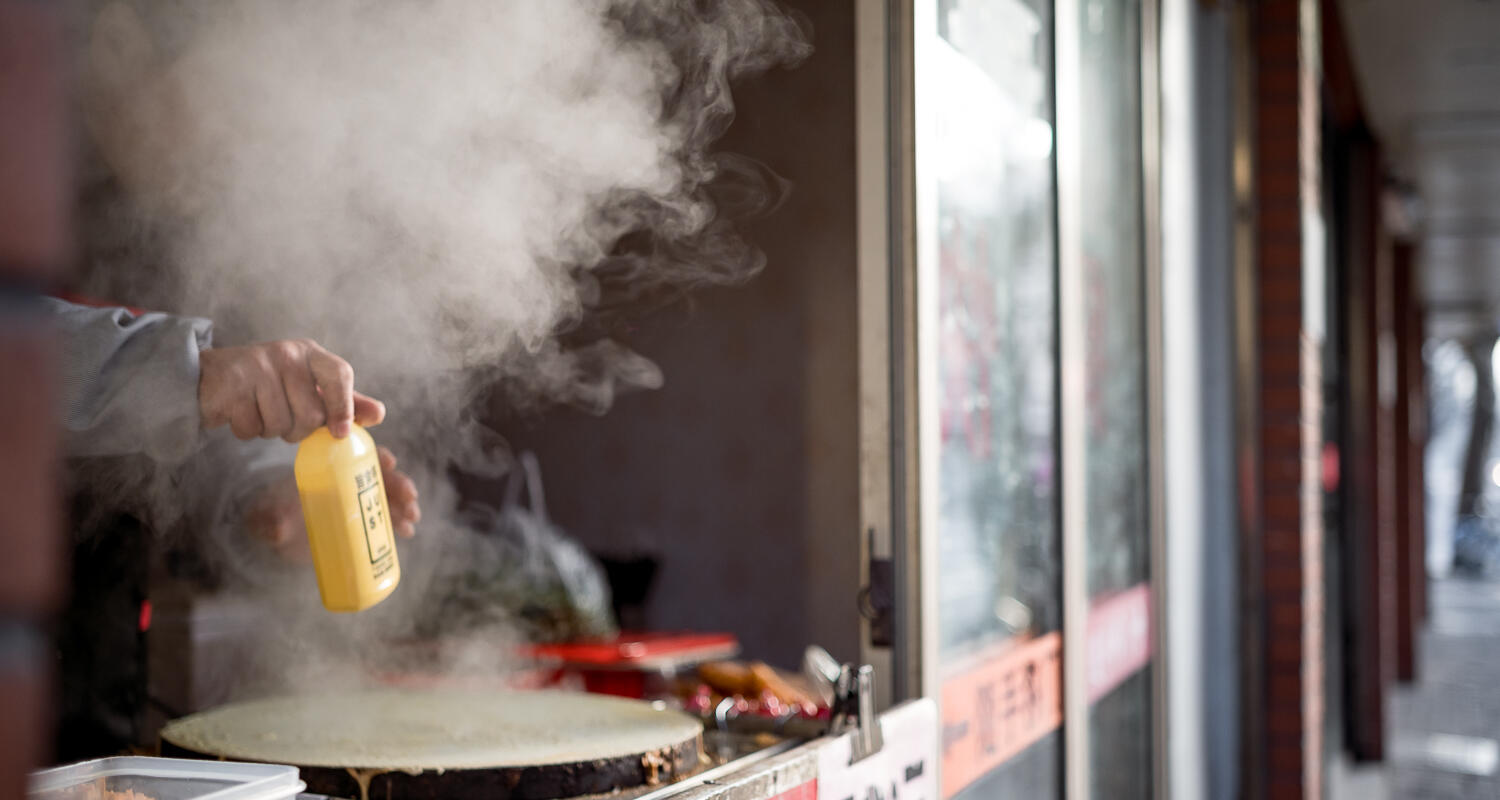 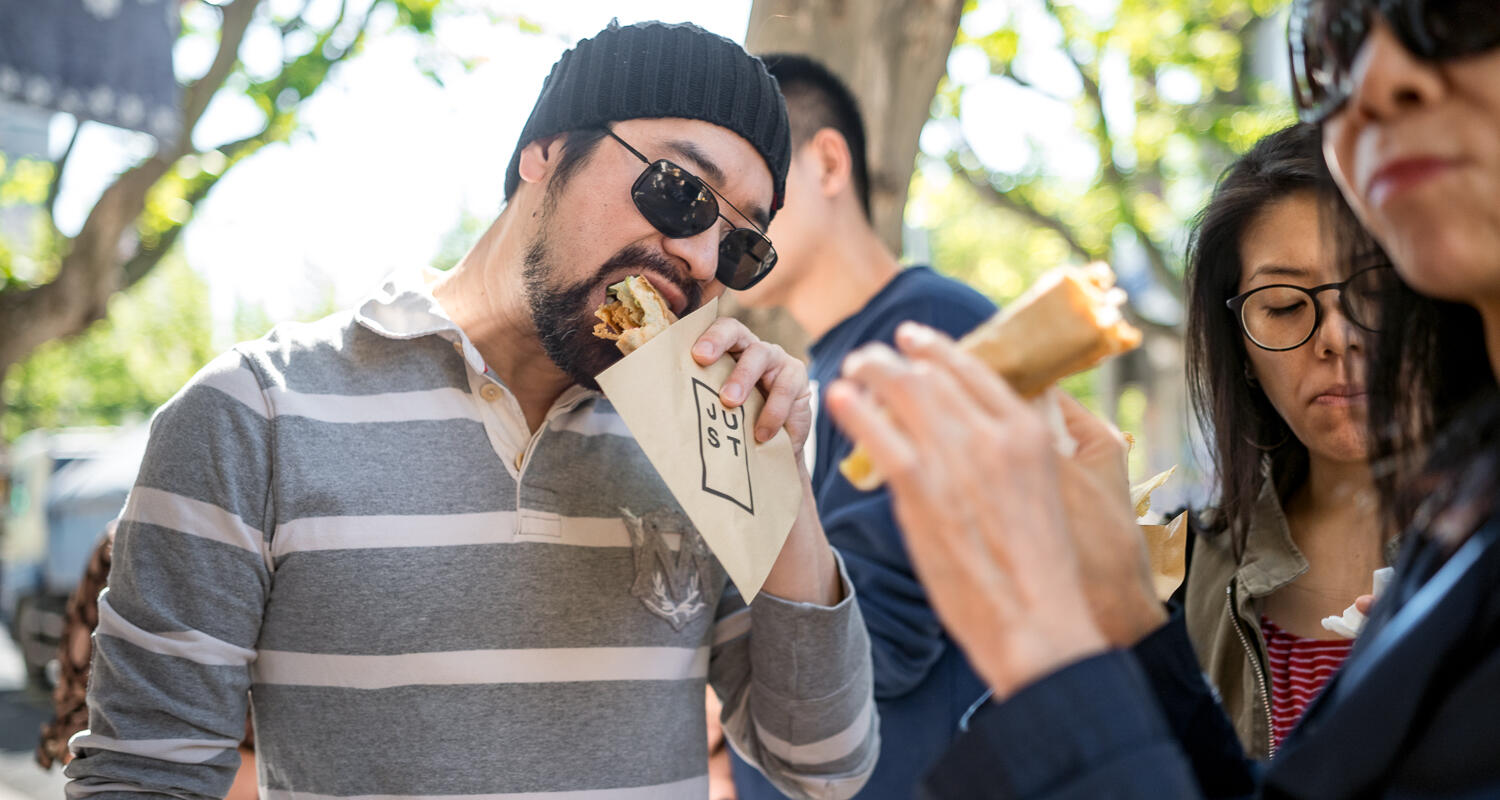 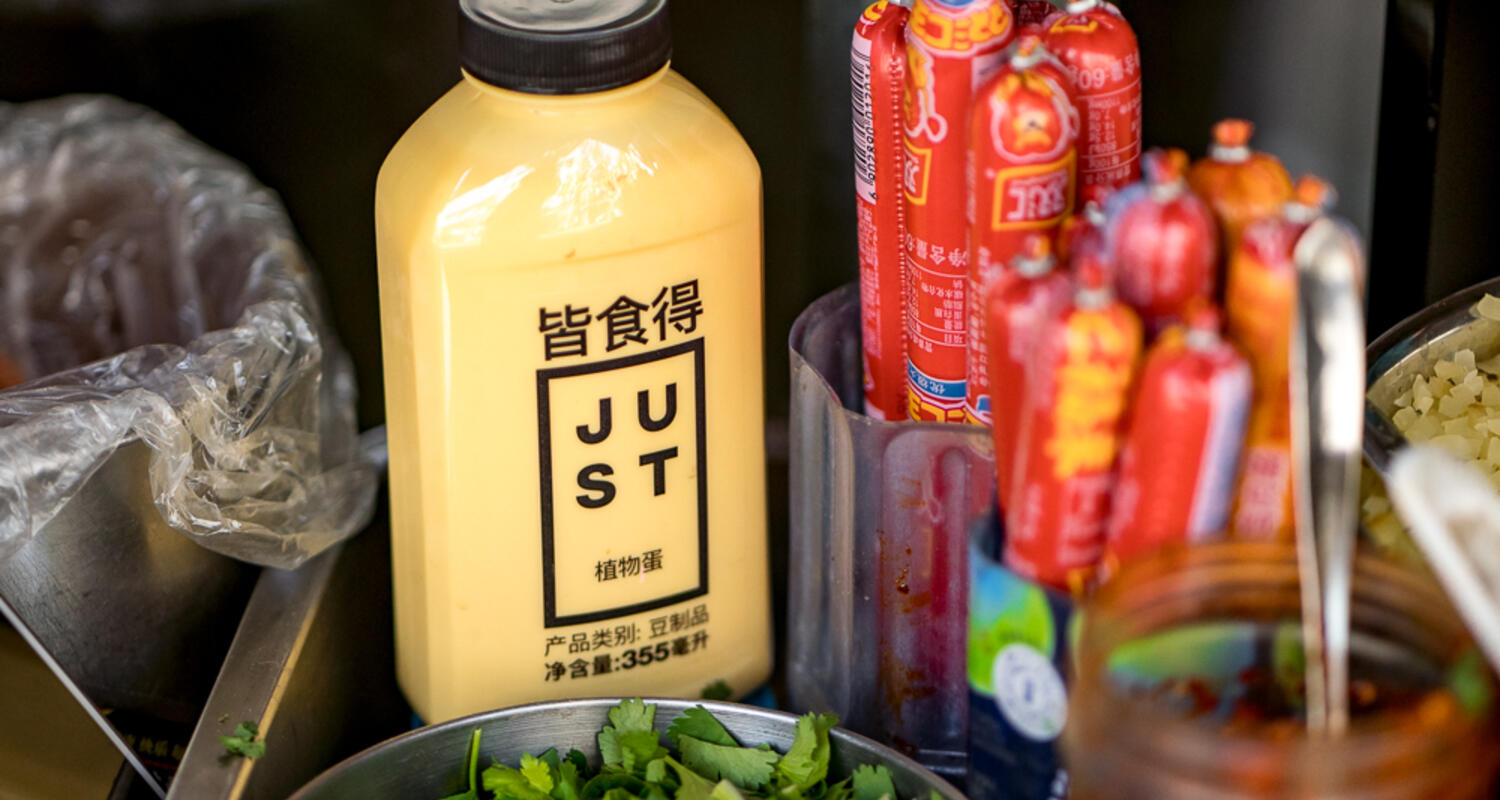