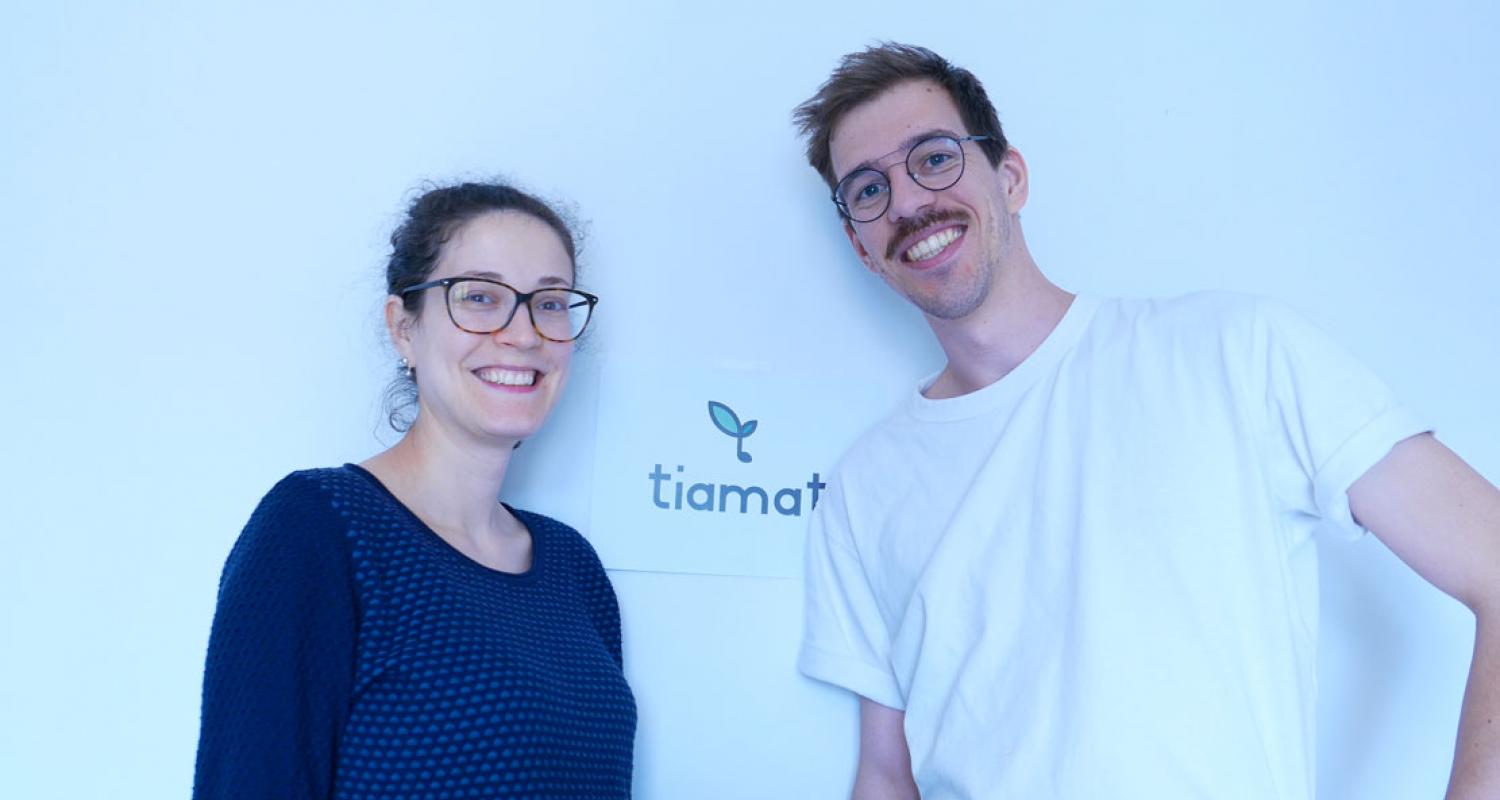 In 2040, one third of the meat on our plates could be grown outside of animals, drastically reducing the leading sources of CO2 emissions and water pollution, while answering the question of how to feed a global population of nine billion.

Cellular agriculture companies such as Memphis Meats, BlueNalu, and Mosa Meat are racing to bring their products to market, but they are still missing a key ingredient: affordable culture media available in large quantities. Brussels-based startup Tiamat Sciences believes their technology platform could become the best option to bridge that gap.

The Tiamat team is developing a plant-based molecular farming technology to manufacture an affordable culture medium, growth factors, and other proteins that will enable cell-based meats to become cost-competitive, mainstream alternatives to their animal-based counterparts.

“Our unique technology allows exceptional flexibility with a production system costing up to 60-times less than that of our current competitors, and has greater potential to scale up to meet mass production requirements,” says Tiamat co-founder and CEO France-Emmanuelle Adil.

With cell culture media accounting for up to 80% of cell-based meat production costs, Tiamat believes their product is the answer many have been looking for.

How does Tiamat achieve such dramatically lower production costs for their media? By using plants instead of bioreactors to manufacture their proteins.

Recombinant proteins are produced using a gene sequence in combination with an external system that will replicate and produce the desired protein. Several technologies are currently used to create various recombinant proteins from enzymes to antibodies to growth factors. In many cases, they are the best alternatives for removing animal-based products from biotechnology processes.

But currently, the two leading animal-free technologies rely on E. coli or yeast systems, both of which come with high production costs. This is mainly due to the expensive fermentation infrastructure (bioreactors), and the high energy consumption associated with culturing, cleaning, and sterilizing such installations. These technologies are also relatively inflexible as a cell line needs to be designed prior to production, and they come with potential risks of human pathogen contamination and the resulting challenges of handling contaminated waste.

Tiamat’s PlanTech technology utilizes plants to manufacture proteins that will be used to produce essential ingredients for clean meats. Using a tailored plant vector in combination with a pathogen, they infect natural plants that then grow their proteins. This temporary and local production is made possible by the plant’s natural transient expression ability. After a few days, the plants are harvested and the proteins are extracted and purified to obtain the final products.

Besides culture media, Tiamat plans to use this process to produce a range of growth factors, other ingredients for flavor and texture such as leghemoglobin, and even leaf-based scaffolding for cell-cultured meats.

In addition to their own production, Tiamat plans to offer “proteins as a service” by licensing out their technology and management of custom-tailored internal production facilities. They already have signed agreements with six cellular agriculture companies that have expressed interest in purchasing their products and have agreed to test them.

Tiamat’s goal is to supply 50% of the market’s cell culture media by 2040, with the first profitable production facility launching in 2021. Between 2022 and 2024, the company plans to expand with a focus on the European and Asian markets.

In terms of production quantities, an average cell-based meat company is believed to use approximately 140,000 liters of media to produce 10,000 kilograms of meat. Tiamat estimates their first facility will contain 200,000 plants in an indoor vertical farm able to produce 5,250 liters of media per month to supply medium-scale cellular agriculture companies by 2024. By 2026, they hope to have 20 million plants producing 525,000 liters of media per month for medium and large-scale cellular agriculture companies. They will also rely on their low facility cost to open several new manufacturing centers close to future clients.