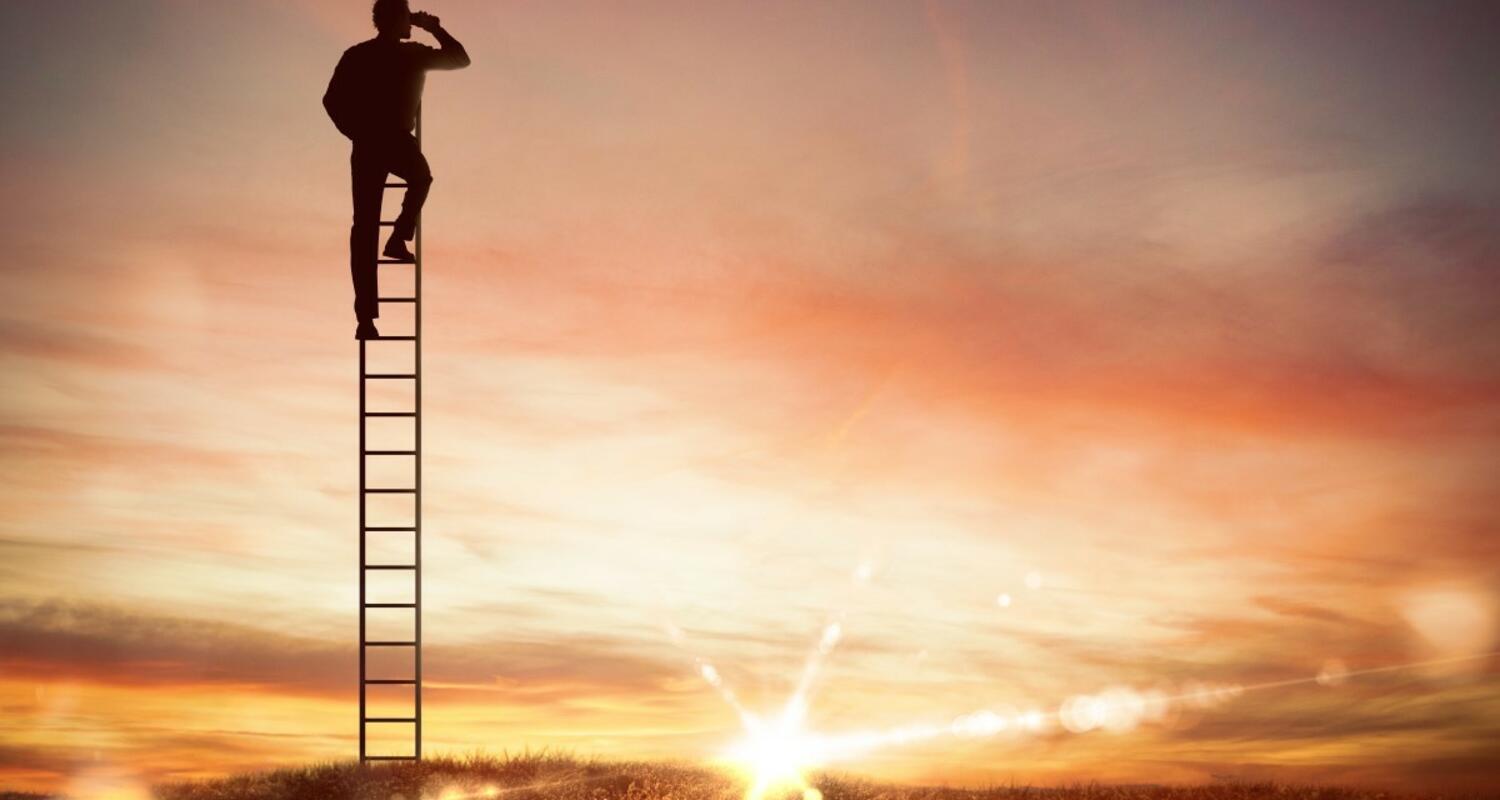 Last year an article in Rolling Stone magazine caught my eye: “Would You Eat a Lab-Grown Duck Breast? Inside the Alternate Meat Industry.” It was an excerpt from a book by Amanda Little, The Fate of Food: What We’ll Eat in a Bigger, Hotter, Smarter World. She described the experience of eating lab-grown duck from a startup I’d never heard of in an industry I didn’t know existed. That startup was Memphis Meats and I fell down the rabbit hole of cultivated meat. At the time I thought, and now am firmly convinced, that this technology will change the world.

I started the Brave New Meat podcast to tell the stories of entrepreneurs and investors trailblazing this new frontier. As of this writing, I’m eleven episodes in, and I’ve never seen such a passionate cohort. These founders are motivated by and rooted in their personal, moral convictions to make the world a better place.

Additionally, through these conversations patterns have emerged about the present state and future of the cultivated meat industry. Although I’m sure my thoughts will continue to evolve, here are some of my current observations relevant to startups in the space.

Decentralization Out of the Valley

While many of the early American cultivated meat companies followed the tradition of software tech by starting in northern California (e.g., Memphis Meats, New Age Meats, Finless Foods), this trend seems to have less influence on more recent entrants.

Cultured Decadence, for instance, is developing cell-based crustacean meat. Both of the startup’s founders are Bay Area cultivated meat veterans, but opted to start their company in Madison, Wisconsin. John Pattison, CEO and co-founder said, “When we were looking at different locations to base the company, we did an in-depth analysis of an ideal environment and ecosystem to start a company and successfully grow and scale that business.” They had three major criteria: 1) local biotech talent pipeline; 2) potential partners in food and biotech; 3) environment to efficiently deploy investor capital. Madison delivered on all three and the team is now operating out of Forward Biolabs, a co-working life science lab for startups.

Farther south in North Carolina, Mariliis Holm and Ryan Bethencourt launched their VC fund, Sustainable Food Ventures, in 2020. They are also veterans of the Bay Area biotech industry, but decided to relocate to the Southeast. When Mariliis was on the podcast, she highlighted the advantages of North Carolina’s Research Triange Park (RTP), which leads the nation in affordability of the four major biotech research hubs (San Francisco, San Diego, and Boston). She went on to say, “RTP is such an interesting place … it has a lot to offer as an ecosystem.” As a biotech hub, in addition to affordability there is a plethora of local talent in large companies, but not a lot of startup activity relative to the other hubs. However, several of SFVs portfolio companies have recognized the opportunity and plan to relocate to Research Triangle in the future. North Carolina seems to be an increasingly attractive potential home for entrepreneurs looking to launch their cultivated meat startup.

Going forward into 2021, this decentralization will likely be accelerated by the broader trend seen during COVID-19, with teams more distributed and companies abandoning the pressure and and high costs of living and operating in the Bay Area and other expensive cities. Employees value quality of life, space, and affordability. Cultivated meat startups were already ahead of this curve, and there doesn’t seem to be a compelling case to reverse course.

Even before Eat Just received regulatory approval and launched their product at the Singapore restaurant 1880, Singapore was already a major player in the cultivated meat space. In addition to being the home of Shiok Meats and Turtle Tree Labs, which have raised US$20 million and US$9.4 million, respectively, the government launched a US$21 million “30x30Express” grant program to boost local food production technologies. Singapore is especially conscious of supply chains as it imports 90% of its food.

Singapore has come up in almost every podcast episode interview as an early adopter country. In my interview with Lisa Feria of Stray Dog Capital, she expanded on the Singapore government’s active engagement with cultivated meat startups her firm has invested in.

“Singapore as a country has been very opening and inviting and wants to partner with cultivated meat companies … Our existing portfolio companies, almost all of them, are talking to the Singapore government to have Singapore to be among the first places they produce.”

I often ask guests what contrarian view they have of the industry. Here’s mine — I believe regulatory showstoppers are overstated compared to technical challenges in scaling these products at an affordable price. Whenever the subject of the biggest challenge comes up, many tend to mention regulatory concerns first, technical challenges second. However, as illustrated by Singapore’s approval, there are governments that recognize the need to promote this technology and ensure food security.

In Israel, a story similar to the one in Singapore is unfolding. Aleph Farm’s made history in December of 2020 when they served Prime Minister Benjamin Netanyahu cultivated steak, making him the first head of state to taste a cultivated meat product. Not only did he enjoy the experience, he is actively supporting growing the industry in Israel.

“It’s delicious and guilt-free, I can’t taste the difference. I have directed the State Secretary Tzahi Braverman to appoint a body to serve these industries in order to connect and oversee all the stakeholders operating in this field. Israel will become a powerhouse for alternative meat and alternative protein.”

Bruce Friedrich, executive director of The Good Food Institute, noted this occasion by saying, “The Israeli government has turned the country into a nerve center for plant-based and cultivated meat innovation.” GFI works in both Israel and the US to advance regulatory approval of cultivated meat and the US doesn’t appear to be far behind. GFI’s efforts, coupled with the rest of the industry, led to a framework in 2019 by the USDA and FDA for regulating the sector.

However, the technical costs of bringing down cultivated meat prices remains a challenge, as evidenced by startups whose initial strategy was to vertically integrate and build in-house but have pivoted to specialize in critical components of the supply chain. As Lejjy Gafour, CEO of Future Fields explained to me, “We started as a consumer facing company with the hardest goal possible — to make chicken, which is the cheapest meat, using these techniques.” They have since pivoted to a B2B strategy developing growth media for companies making the cultivated meat products.

But with challenge comes opportunity and the B2B strategy seems to be the most viable, especially for new entrants seeking to avoid competition against multiple well funded teams with a several year head-start on beef and pork products, such as Mosa Meats, Aleph, Super Meat, and New Age Meats.

When I started the podcast, I assumed one winner would emerge as essentially the Google of cultivated meat. I now believe there are many niches to fill throughout the supply chain from ingredients and components to end-consumer products.

On the B2B side, different meat products obviously require cell lines of different species, but that’s merely the tip of the iceberg. There are numerous approaches to scaffolding and bioreactor design with requirements that vary species to species. Similarly, there are different requirements for culture media between species. Many of the current supply chain solutions are focused on beef, pork, and chicken, but fish and crustaceans will require unique inputs.

For end-consumer products there is a huge opportunity for geographical differentiation. Although several companies are well capitalized with maturing products, they are located in only a handful of countries. However, most countries will be incentivized to follow the lead of Singapore and Israel to develop their own production capability for food security. Mariliis Holm described a future in which countries would strive “to be to be self-sufficient in terms of food supply … and a cuisine, cultural, and location-based production and food system.” Cultivated meat technology promises to give an incredible variety of products to countries and regions that historically have relied on imports to feed their populations.

While the future is far from clear, it is dynamic and exciting. One would be hard pressed to find an industry that will have more positive impact in our lifetime. The educational resources and networking opportunities provided by GFI and New Harvest are valuable tools for those seeking to launch a startup or career in cultivated meat.